He described these first steps towards establishing the national health insurance as “truly historic”.

The Minister made it clear that the NHI is seen as a 14-year project and that the first five years will consist of a process of building and preparation to give effect to NHI.

The cornerstone of the proposed system of NHI is universal coverage. NHI is a financing system that will ensure the provision of essential healthcare to all citizens of South Africa (and legal long-term residents) regardless of their employment status and ability to make a direct monetary contribution to the NHI Fund. This is the essence of NHI.

What will happen in the first five years of NHI implementation?

The first five years of NHI will include pilot studies and strengthening the health system in the following areas:

The purpose of the Green Paper is to outline the broad policy proposals for the implementation of NHI. The document is published for public comment and engagement on the broad principles. After the consultation process, the policy document (or White Paper) will be finalised. Thereafter, draft legislation will be developed and published for public engagement. After public engagement, the legislation will be finalised and submitted to Parliament for consideration. After Parliamentary approval, the Bill has to be approved by the President of the Republic.

Short URL to this article: http://tinyurl.com/9chrl8n 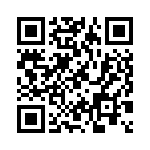