According to a document by SARS and Treasury directed to the Standing Committee of Finance on Wednesday, 15 October 2014, the extensive tax-related reforms to retirement funds which were to have taken effect on 01 March 2015 have been postponed.  The implementation of these extensive reforms has been postponed until 01 March 2017 or, possibly, 01 March 2016 if their consultations can be concluded earlier.  A further decision will be made by 31 July 2015.

Short URL to this article: http://tinyurl.com/m8zhnjr 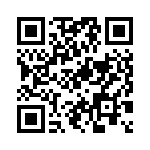