On 8 July 2016, the National Treasury and the South African Revenue Service (SARS) published a draft Taxation Laws Amendment Bill (First Draft) for public comment. Our Alert of 20 July 2016 (The fate of interest free loans?) provided an exposition of the proposed terms, highlighted the implications for estate planning and discussed possible steps planners could take.

The Alert concluded that it was important to practice restraint in responding to the First Draft as the process had not yet reached finality, with a number of steps still to be taken, including comments and input from the public, and the tax and fiduciary industry, which could impact the final form of the Bill, before promulgation.

As evident from the various articles and responses that appeared in the media, the proposals were not well received and various arguments were put forward with the ultimate intent of reducing the negative and in some situations punitive impact that these proposals would have on estate planning and specifically the continued use of trusts.

It is illuminating to analyse the arguments made in opposition to the incorporation of certain of the First Draft’s proposed s7C provisions as well as National Treasury’s response to these arguments. At the end of round two, the result is that certain of the First Draft’s provisions were disposed of or altered largely to the benefit of estate planners.

On a theoretical level, the fiduciary industry was of the view that in its present form s7 was flawed in that SARS was using income tax principles to counter estate duty and donations tax avoidance. This criticism was accepted and it is now SARS’s intention to treat the interest foregone in respect of interest free loans or low interest loans, as an ongoing annual donation made by the lender, as on the last day of the year of assessment. This will generally result in lower payment obligations.

Reduction of the Loan

The First Draft contemplated that the deduction (currently R100,000 per annum) as set out in s56 of the Income Tax Act, would not be available to reduce the principal outstanding amount in respect of any loan whether interest free or low interest. The consensus amongst commentators was that it was grossly unfair. Responding positively to criticism of this position, SARS has now proposed that this provision will be removed. Therefore the annual donations tax exemption as contemplated in s56 of the Income Tax Act will still be available to lenders to subsequently reduce the initial or subsequent loans.

Critics pointed out that underlying s7C is the assumption that all interest free loans or low interest loans are used for the purpose of avoiding donations tax and estate duty. Their view in turn was that in many instances, trusts are used for objectives other than the avoidance or minimisation of donations tax and estate duty. This criticism, too, was accepted and the scope of s7C is now to be narrowed to apply to loans made to a trust by a natural person, or a company connected to such natural person, but certain situations will be specifically excluded from the operations of s7C. These situations will include, but are not be limited to:

The First Draft was criticised for being ambiguous as to which loans the provisions would be subject: Would it be limited to loans entered into after 1 March 2017, or to all loans in existence on 1 March 2017? Advocates of this argument pointed out that it would be grossly unfair to apply such a provision to structures that have been put in place prior to the incorporation. This criticism was not accepted and it is now very clear that the proposal is to apply to all loans, including those already in existence on 1 March 2017. Defending this stance, SARS pointing out that the amendment was not retrospective as it did not change the tax liabilities for the previous years of assessment, but rather changes the tax treatment of these instruments going forward. On this score the provisions remain a potent blow to planners with existing loan structures.

On a technical level it was averred that the transfer pricing rules, as set out in s31 of the Income Tax Act, would create uncertainty; these rules also create a notional amount of interest in respect of arrangements involving foreign trusts. This point was accepted and SARS proposes that a rule be issued which will clarify the interaction between the current transfer pricing rules in s31 of the Act and the proposed s7C deeming provisions, whereby, for purposes of the proposed s7C, no donation will be deemed in respect of a loan arrangement that is subject to s31.

Once again, the Second Batch of the draft Taxation Laws Amendment Bill and the draft explanatory memorandum will be viewed and considered by the public and industry. Written comments on the updated draft Bill can be submitted up to the 10 October 2016. As with the First Draft, it is wise not to react prematurely to the Second Batch as it too is open to change. With that said, it is likely that SARS’s concessions will be well received in the industry and that the final Bill should not deviate much from the Second Batch.

Some of the punch has been removed from the First Draft with certain technical impurities corrected and more clarity provided on the Bill’s applicability. There is, however, no doubt that the National Treasury is determined to introduce measures to prevent donations tax and estate duty avoidance through the use of trusts. Consequently, where planners have been motivated primarily or solely by such considerations, the proverbial family trust may no longer be the ideal home.

Article republished with permission of:

Short URL to this article: http://tinyurl.com/zp33krr 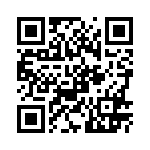