SA prepares for wage subsidy system to be released next month, Sarss systems get ready.

JOHANNESBURG – In a desperate attempt to prevent jobless growth, a problem now also afflicting America, South Africa will release a white paper next month, which will look at ways to deal with this burden.

At a press briefing on Thursday, Finance Minister Pravin Gordhan revealed that growth alone is not good enough for SA, “”we want growth that will be more labour absorbing like bringing the young into economy””.

Unemployment is endemic amongst youth – almost ¾ of the unemployed are between the ages of 15 and 34.

In the last quarter we created only 18 000 jobs while a million were lost last year, he added.

One of the ways SA is hoping to do this is through a wage subsidy, announced by Gordhan in his maiden Budget speech. When asked on Thursday when we could expect more details, Gordhan told MoneywebTax.co.za that a white paper will be released next month for discussion.

The wage subsidy effectively will allow companies who hire young people for two years without work experience to get their money back from the South African Revenue Service (Sars).

At least 800 000 are expected to qualify initially for the tax incentive. Under consideration is a cash reimbursement to employers, operating through the Sars payroll system and subject to minimum labour standards. “”It will be available to tax-compliant businesses, non-governmental organisations and municipalities,”” Gordhan said at a Budget briefing.

Under the new PAYE requirements, employers, subject to the requirements of PAYE, are required to register all employees regardless of how much they earn from August, says Kingon.

Employers will need to register them on the Sars e@syFile system.

Some, like Oupa Bodibe, the principal analyst at the Competition Commission and Kimani Ndungu, a senior researcher at the National Labour and Development Institute, question whether a wage subsidy will work arguing that the problem of youth unemployment, needs a raft of interventions – and not simply a single mechanism such as a wage subsidy.

The starting place they argue should be our education system, “”where we must rethink the investment made so far in the study of critical subjects like mathematics and science.

“”At the higher education level, the emphasis should be less on formal degree qualifications and more on practical, skills oriented, vocational training.

“”Similarly, between matric and enrolment in a college or university, we should introduce national youth service, where young people are placed in gainful activities such as public infrastructure development””.

Lets hope the white paper will set as on the path to growth with jobs.

Short URL to this article: http://tinyurl.com/939yuzf 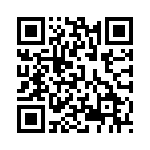