Johannesburg, 08 March 2018 – The Chairman and Acting CEO of the South African Institute of Chartered Accountants (SAICA) take this opportunity to make it clear to the South African public that SAICA and its entities have never been party to any form of state capture or been consciously involved with those accused of any such dealings.

Commenting following an EFF media conference in which SAICA was referred to as ‘captured’, acting CEO of SAICA, Mrs Fanisa Lamola stated: “We have noted, with great concern, the accusations levelled at the Institute due to misinformation about a student funding donation that one of SAICA’s entities, the Thuthuka Bursary Fund (TBF) received from Trillian Capital (Pty) Ltd. SAICA wishes to outline the actual facts around the Trillian donation to SAICA.”

Through TBF, SAICA funds historically disadvantaged students who are academically gifted but without the financial means to study towards becoming chartered accountants.  The fund was established in 2002 as part of SAICA’s efforts to drive the transformation of the chartered accountancy profession, in line with the country’s racial and gender demographics.  Since its inception, TBF has facilitated the qualification of over 400 black chartered accountants; this is taking into consideration that it takes seven years to create just one CA(SA), at an average cost of study of about R122 000 per year. In 2017, TBF received R57 million worth of donations, mainly from various public and private sector organisations, many of whom voluntarily approach SAICA, as a result of awareness of the programme’s success.

Lamola added: “First and foremost, we would like to make everyone aware that the R1.272 million donation received by TBF from Trillian was unsolicited; which was not unusual as many of our TBF partners have become involved in TBF in this manner due to public awareness of the programme and its success.  Trillian approached the TBF with an offer to contribute towards the funding of historically disadvantaged students, as do many of our donors who wish to contribute towards the higher education funding.  As such, TBF did not request funding from Trillian.”

On 29 June 2017, Advocate Geoff Budlender SC issued the Report to the Chairman of the Trillian, Mr. T M G Sexwale on the allegations with regard to the Trillian Group of Companies and other related matters, in terms of which the issues around Trillian and some of Trillian’s controversial business connections and transactions were ventilated. As an Institute that prides itself on ethical conduct, the TBF Board of Trustees deliberated on the donation from Trillian at a board meeting held in July 2017, in light of all the information that was emerging about Trillian. The Board unanimously resolved to return the donation to Trillian with immediate effect.  SAICA informed Trillian of the TBF board decision to return the donation, and upon receipt of the Trillian banking details (which the company only furnished to SAICA in August, following insistence from the Institute that it wished to return the donation), paid back the donation to Trillian in full.

The exact timeline is as follows:

Subsequent to these events, SAICA and TBF enhanced their donor vetting process in order to avert any possible recurrence.  This is in order to ensure that the important work which SAICA and its entities do with regard to providing not only financial but academic and psycho-social support to historically disadvantaged students country-wide, is not compromised in anyway.

SAICA and the chartered accountancy profession continue to stand for strong ethical and governance standards and support any initiative that will see these standards maintained and improved, both in business and the public sector.

Short URL to this article: http://tinyurl.com/ybkxohxf 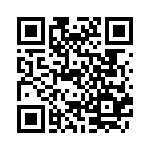