The brouhaha over section 45 – which allows groups of companies to move around assets tax free – appears to be over. Treasury has responded to public outrage over its moratorium on section 45 with a slight caveat.

On Tuesday at the release of its Mini-Budget, Treasury revealed that things are back to normal with regards to section 45, unless the transaction you engage in looks suspicious says Prof Osman Mollagee, the deputy chair of SAICA’s National Tax Committee.
In such cases SARS will have a closer look at these transactions before it allows you to deduct interest from your taxable income, adds Mollagee. Should you be found wanting SARS will deny the interest deduction which will increase the company’s tax liability, says Mollagee.

Treasury initially put a halt to section 45 as it was being used to facilitate tax-free reorganisations to increase deductable debt.
Mollagee cites the manufacturing of interest deductions as an example of a suspicious transaction that it will look at.
Further says SAICA’s project director Muneer Hassan no deduction will be allowed for interest to facilitate liquidations undertaken in terms of section 47, unless approved by SARS.

This compromise says Mollagee has left corporate taxpayers pretty happy but from SARS’ perspective it is going to be a mountain of paper work.

Regulations are still to be introduced which will provide further clarity of how the approval process will function, says Hassan.
Now that section 45 is back it will be interesting to see if Mustek’s management buyout is back on the cards

Short URL to this article: http://tinyurl.com/9lyw9kp 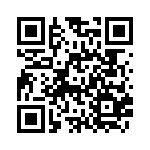