SARS has since acknowledged that the electronic submission of certificates with many new compulsory information fields was placing a major burden on employers, particularly
SME companies where details of former employees are concerned.

Grant Lloyd, managing director at payroll and HR software specialist Softline Pastel Payroll, said SARS, has since introduced what it terms “Relaxed Validations” which give employers a breather.

Some of the new mandatory fields for the current tax year concluding at end-February have now been declared optional and SARS will introduce an electronic solution to cater for bulk IT reference number registrations.

“In essence this means that taxpayers unable to provide the required information for all of the mandatory fields will not have their 2009/2010 certificates, due by the end of Employer’s Filing Season 2009/2010, rejected,” said Lloyd. “However, they will receive a warning from SARS that incorrect and missing details must be corrected and supplied with electronic submissions to be made in August, which will be the first of two submissions required by SARS for the 2010/2011 tax year.”

“In any event,” said Lloyd, “SME companies should ensure that their preparations for the compulsory electronic submissions with full employee tax details receive serious attention. Their houses must be completely in order by the time the first submission of the new tax year is required in August. They will have been warned by SARS.”

Another complication was some confusion about whether staff earning salaries amounting to less than R60 000 a year have to provide their employers with a personal income tax reference number. The fact is that they do not have to apply for a tax reference number and therefore do not need to submit the information.
.
Companies using an automated payroll solution need only capture employees’ information and their payslips. During the year end procedures, the electronic tax certificates are generated automatically in the IRP5.10 file. This file can be imported directly into SARS e@syFile and the payroll EMP501 Reconciliation Report to complete the PAYE, SDL and UIF Reconciliations. This saves businesses considerable time and cost compared to manual calculation and capturing.

“It should be borne in mind that the e@syFile system introduced in two versions, one for employers and one for tax practitioners, is now compulsory for 2009/2010 submissions,” said Lloyd. “This should be welcomed as the system eases the burden on SARS, employers and taxpayers. Again, employers using compliant automated payroll software benefit from streamlined and simplified PAYE submissions to SARS. Companies can download the e@syFile software from the SARS website ( www.sars.gov.za ).”

Short URL to this article: http://tinyurl.com/8zwoa3m 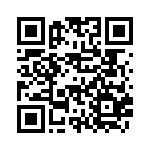