The issue of whether expenditure is of a capital or revenue nature was recently considered again by our courts. The North Gauteng High Court heard an appeal on this issue, in the matter of Commissioner for the South African Revenue Service (SARS) v I-Net Bridge (Pty) Ltd. The appeal was brought by SARS, which had lost in the Tax Court.

There have been numerous cases considering this issue. The governing legal principles are regarded as settled and familiar, but each case is dependent upon its own facts, so hence the ongoing series of cases. The issue is important, because it can determine whether the expenditure in question is deductible for income purposes, or not.

The expenditure incurred by I-Net Bridge was a licence fee in the amount of R41 million. It was paid to a United Kingdom company, for the use of electronic content, data and information. It covered a period of five years. The payment was made in advance for the whole period, by way of a share issue and creation of a loan account.

The nature of exactly what I-Net Bridge acquired in return for its expenditure was considered in some detail. It was found that an integrated system was acquired. This included the data itself (which constituted I-Net Bridge’s trading stock), as well as a software system and licence to receive and decode the data. SARS contended that this constituted part of I-Net Bridge’s income earning structure and was therefore capital in nature. I-Net Bridge argued that the expenditure was all incurred in order to acquire its trading stock (being, the data).

I-Net Bridge’s counsel used a simple analogy to support the above argument. If one wants to purchase milk from a supermarket, one must also purchase the container in which the milk is sold. The entire cost is clearly for the acquisition of the milk. The data which constituted I-Net Bridge’s trading stock could not be purchased without the whole integrated system. It would otherwise be unreadable and useless. The system could not be used for any purpose other than receiving and decoding the specific data.
The court accepted I-Net Bridge’s argument and found that the expenditure was revenue in nature and therefore deductible. The fact that the expenditure was made up front and in the form of shares and a loan account, was found not to affect its nature.

Short URL to this article: http://tinyurl.com/8jmfp3p 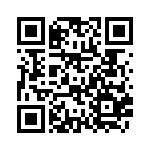