SARS refuses to use 3rd party bank accounts for refunds

Provides details on when input tax may be denied or limited.

Due to concerns involving VAT refund fraud, the use of third party bank accounts will only be permitted in the case of non-resident companies, subsidiaries, holding companies and divisional registrations on condition that Sars is indemnified against any loss which may occur. The indemnification is effected by a VAT119i and where this form is not on record at Sars, the VAT refunds will be withheld until such time the vendor has furnished Sars with such form. The resultant effect of this particular Sars practice is twofold. Firstly, vendors who have not provided Sars with this form and who make use of one bank account must be aware that their refunds could be withheld for this reason. Secondly, by furnishing Sars with a VAT119i, vendors are relinquishing any recourse they may have had in their refund going amiss should they have a disagreement with Sars as to the payment of the refund.

For example internet companies often exchange rights to place advertisements on each others websites and sponsorship deals result in the sponsor receiving advertising in return. The VAT implications of such transactions are frequently overlooked or misunderstood.

Where the values of the exchanged goods or services are different, the transaction will not result in a VAT neutral position for the parties involved. Where one party supplies something that has a greater value and receives something that has a lesser value, this party would have to declare output tax on the lesser value and be entitled to claim an input tax on the greater value.

Exchanges where the input tax may be denied or limited
Circumstances may arise where either the input tax is denied due to the nature of the supply or because the acquiring vendor is applying the goods or services for exempt or partly exempt purposes. Consider a situation where advertising is exchanged for alcoholic beverages. The VAT Act denies the input tax on any goods or service acquired for the purposes of entertainment. In this case, the vendor must declare output tax on the value of the advertising but would not be entitled to an input tax deduction on the acquisition of the beverages. Similarly, where the goods or services acquired are applied for exempt or partly exempt purposes, the input tax claim would be limited accordingly.

Responsibility of the vendors

In all barter transactions involving the exchange of goods or services valid tax invoices must be issued by both supplying vendors in order to substantiate the supply and to enable the acquiring vendor to be entitled to claim the input tax.

SARS take
SARS would not necessarily take a holistic view where output and input tax are equal: the infringing vendor would be assessed on the under declaration of output tax. Understandably vendors which make use of apportionment ratios require even more attention to barter transactions due to the biased VAT result.

Short URL to this article: http://tinyurl.com/9ug7x9e 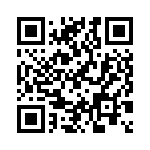