The South African Revenue Service (SARS) says it has over the past year achieved a 92% conviction rate in cases it handed over to the National Prosecution Authority (NPA) to prosecute, involving tax and customs-related crimes.

In a statement on Tuesday, SARS said most of the cases involved high net-worth individuals, fraudulent VAT refunds and Income Tax fraud.

“These convictions illustrate that SARS has the capability to investigate tax crimes effectively despite recent speculation that its enforcement capability has been diminished,” said the revenue service.

In May alone 30 cases have been approved for criminal prosecution with charges relating to these cases now being laid with the South African Police Service (SAPS).

Over the 2014/5 financial year, there were 256 individuals/entities convicted in cases involving R196 million, with fines totalling R9.6 million issued.

An effective 555 years of imprisonment, 258 months of correctional supervision and 2480 hours of community service were handed down to those convicted.

In terms of the different crimes involved, there were 32 convictions for VAT fraud, 73 convictions for Income Tax fraud, eight for tobacco-related crimes and nine involving the construction industry – largely for tender fraud, amongst others.

The revenue service used the case of Lucky Thulani Mavimbela as a case that was successfully finalised.

He was sentenced to five years direct imprisonment.

“…the fact that we obtained a five year direct imprisonment should go a long way to making a statement about this growing crime. It also indicates that even in smaller courts, the judiciary is taking note of the problems regarding the smuggling of illicit cigarettes,” said SARS.

The revenue service called on the public to be vigilant and report any suspected tax offences by calling 0800 00 7277, visiting the nearest SARS branch or completing an RSN01 form which can be found here. – SAnews.gov.za

Short URL to this article: http://tinyurl.com/ofkl8br 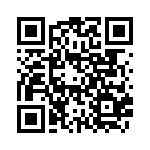