SARS to reply to ‘mischievous’ taxpayers

The South African Revenue Service (SARS) would no longer be bound by the secrecy provisions of income tax laws and would be able to go public about individual taxpayers’ affairs, according to draft legislation in the pipeline.

“The proposed laws will give SARS the power to respond to false allegations made by taxpayers to the media,” SARS spokesman Adrian Lackay said.

Earlier this week, businessman Dave King went public on Talk Radio 702 about his tax affairs, claiming he had reached a settlement agreement with SARS for R636m.

“We are not changing the law because Mr King spoke about his tax affairs on 702,” Mr Lackay said yesterday. He said that for some time there had been “mischievous taxpayers” abusing the secrecy provisions to suit their agenda.

The proposed revision of the secrecy clause in the Income Tax Act would be effected by an amendment contained in the Tax Administration Bill.

“There are certain conditions and restrictions contained in the amendment under which SARS would be expected to take steps. It is not a blanket provision,” Mr Lackay said.

The amendment gives SARS the power to respond to a “false” statement made by a taxpayer, provided 24 hours’ notice was given to the taxpayer.

Mr King, who was appointed executive chairman of Micromega Holdings earlier this week, also alleged in 2008 that he had reached a R300m settlement with SARS. However, it was subsequently found that the document was a forgery, and additional charges of fraud had been laid against Mr King and others.

A tax executive, at a corporate law advisers firm, said a balance would have to be struck between a taxpayer’s right to privacy and SARS’s right to reply.

Short URL to this article: http://tinyurl.com/8rl5k7t 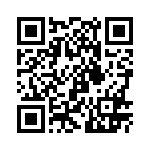