The inclination of courts to interpret tax law as the legislators intended rather than in the literal sense has given the SA Revenue Service the edge in litigation, says Des Kruger, tax director at Webber Wenzel.

“One gets a sense that the judiciary is a bit pro SARS in a sense, especially in tax avoidance issues, as they tend to take a policy position instead of literal interpretations,” Kruger said.

While Kruger emphasised he was not bringing the courts into disrepute, he said there was a “golden rule” of interpretation that the literal sense was used first.

Kruger was commenting on the ability of SARS to win litigation cases. According to the receiver’s 2010/11 annual report, it had a success rate of 65% in cases that were either won outright or settled in favour of the taxman.

A summary of the revenue appeal cases that SARS fought in the courts show that out of a total of 105, it won 10, lost eight, conceded 13, there was one settled against SARS, 54 settled in favour of SARS, and 19 cases were withdrawn. Conceded cases were settled out of court when both sides agreed the legal costs outweighed the amounts disputed.

High court revenue cases showed a more even outcome with SARS winning one and losing one, while one case was withdrawn.
Out of four revenue cases that ended up in the Supreme Court of Appeal, SARS won three and lost one.

One of those cases was the ruling in favour of SARS against Dave King’s Ben Nevis company for R2.7 billion. SARS was in the process of selling farms, aircraft and other assets of the company in order to collect the outstanding amount.

SARS spokesperson Adrian Lackay said while government’s tax collector was very pleased with the overall result of the cases, it did not believe it received any special favours from the courts.

“If we cannot settle a case through the preferred alternative dispute resolution (ADR) process, then we have to compile a docket and forward it to the National Prosecuting Authority. If they decide to go ahead and prosecute, and we will be the plaintiff and give the lead evidence, the onus is still on the state to prove guilt beyond reasonable doubt,” he said.

Lackay said that there had been a slight increase in the number of cases that had gone to court, but the increase was not significant.

He said that 357 cases had been settled through the ADR process.

Kruger said the ADR process had proved to be a useful route to settle a tax case without the costs of going to court. He said that SARS tended only to take cases to court if they were unsure of the merits of the ADR hearings and defendants generally decided to go to court if they believed they had an even chance of winning.

“There is great pressure on listed companies in particular to settle cases as soon as possible as they don’t want to have a contingent liability hanging over their heads when going into a new financial year,” Kruger said.

Lackay said that listed companies were very aware of their reputations and generally decided to settle out of court.
Finance Minister Pravin Gordhan said recently that tax legislation had become extremely complex.

“When I assumed office (in 2009) tax changes amounted to 30 pages, now it runs into about 200 pages,” Gordhan told students at the University of Cape Town.

Kruger said that increased complication was also a factor in determining the slight increase in cases going to court.
“There is a refrain that there have been too many changes and many are ill conceived. The quantity of changes has been mind boggling. The problem lies within SARS and the tax law profession to understand all these changes,” Kruger said.

Short URL to this article: http://tinyurl.com/8od6yq7 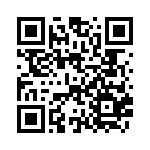