Dividends tax (DT) replaces Secondary tax on Companies (STC) on 1 April 2012 – in essence now the shareholder pays the tax but the company paying the dividend must withhold it before the payment is made to the shareholder.

In the recent Budget Speech, the Minister announced that the new DT rate effective 1 April 2012 will increase from 10% to 15% – this is bad news if you’re a shareholder or an investor as you will now pay 5% more than before in DT.

Should you intend to declare dividends later in the year and currently have sufficient reserves to declare the dividends and the cash resources to settle the STC due of 10% by 30 April 2012 (before the change is effected), we strongly recommend that you declare these dividends before 31 March and save 5% DT on the dividends declared.

Please contact Juanita or Karen at our offices should you have any queries in this regard.

Short URL to this article: http://tinyurl.com/9lyg8n7 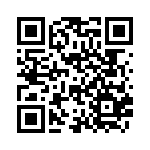