The Minister of Finance has recently gazetted two further important regulations relating to the Small Business Tax Amnesty and Compromise of Tax Debts.

A waiver of additional tax, interest and penalties relating to the SBA has been legislated.

It is applicable to small businesses that meet the requirements to qualify for the SBA, but do not qualify for the amnesty in respect of certain amounts as they have already provided returns to SARS or have been assessed by SARS.

The waiver only applies to amounts outstanding on 31 December 2006 and excludes the capital amount outstanding. Therefore, only the additional tax, interest and penalties relating to taxes arising from the carrying on of a business for the same periods as for the SBA may be waived.

The Commissioner may not waive a business tax debt exceeding R1m or where it relates to an amount paid after 31 December 2006 for the same period and exceeds the balance of the amount still outstanding.

The application for the waiver (SBA001R) must be submitted before 31 May 2007 together with all returns outstanding to 31 December 2006 and a statement of assets and liabilities for the individual or Annual Financial Statements for the entity for the 2006 year of assessment, unless the individual or entity has already applied for the SBA.

A write off or compromise by the Commissioner, in whole or part, of any amount of tax, duty, levy, charge, interest, penalty or other amount payable which is not disputed by the taxpayer has been legislated.

The Commissioner may temporarily write off an amount of tax debt where he is satisfied that it is not economical to pursue the tax debt. The temporary write off does not absolve the taxpayer of the liability and interest will accrue on the outstanding amount to the date of payment when requested by the Commissioner.

The Commissioner may also permanently write off an amount of tax debt where he is satisfied that the tax debt is not recoverable at law or where it has been compromised.

A tax debt is not considered to be irrecoverable at law if the taxpayer is a company or a trust and the Commissioner has not first explored action against or recovery from the personal assets of any director, shareholder, trustee or persons acting in the management of that entity.

We strongly urge you to consider whether you would qualify for either or both of these new regulations and to contact your partner urgently to ensure the timeous submission of your applications.

Short URL to this article: http://tinyurl.com/9y3ace4 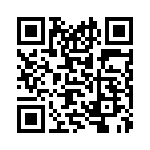