South Africa’s Minister of Finance, Pravin Gordhan, in his introductory remarks to parliament on the Taxation Laws Amendment Bills, 2011, clarified the final disclosure requirements under the anti-avoidance rules within the country’s tax code that were originally introduced to facilitate intra-group transactions.

“Section 45 (of the Income Tax Act) was only intended,” Gordhan insisted, “to facilitate the movement of assets within a single group of companies without incurring undue tax charges”. The section gives companies roll-over relief and facilitated transfers among companies that operate as a single group.

The corporate rules provided for a deferral of income tax or capital gains tax, but the government had become concerned about the use of the rules as a tax-free mechanism to obtain interest deductions linked to excessive debt (and other hybrid instruments masquerading as debt) in facilitating, for example, leveraged buyouts and other restructuring.

As the revenue loss resulting from transactions involving the corporate rules had been estimated to be in the order of ZAR3bn (USD380m) to ZAR5bn a year, the National Treasury temporarily suspended the operation of section 45 for an 18-month period in June this year to enable an in-depth investigation.

However, in August, following consultations, the Minister of Finance lifted the proposed suspension of section 45 to allow transactions that are commercially-driven to continue, as long as these transactions do not result in “an unacceptable revenue loss”.

He took issue with the cases where the levels of debt amount to 75% to 95% of the total balance sheet of the target company. The net effect of these excessive levels of debt is to generate interest deductions that effectively wipe out taxable company profits for a minimum of 5 to 7 years. Needless to say, these excessive deductions come at an unacceptably high price to the (tax base).”

“Under the final proposal,” he confirmed, “section 45 will be retained but tightly controlled. More specifically, taxpayers will need to obtain South African Revenue Service pre-approval before obtaining interest deductions associated with section 45. Excessive debt funding not only undermines the tax system but also raises concerns in terms of systemic economic risk – making companies far too prone to economic downturns.”

He concluded that “issues arising from section 45 point to a larger set of problems in the tax system – the role of debt versus share financing. Shares are often disguised as debt, and debt is often disguised as shares. Therefore, it should be recognized that the debate around section 45 is the beginning of a longer journey. At issue is how to curb these practices while recognizing the need for flexible mechanisms to obtain funding. One can accordingly expect further announcements in this area in the years ahead.”

Short URL to this article: http://tinyurl.com/8ru39x8 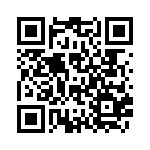