The South African Revenue Service has disclosed that a protocol to facilitate the exchange of tax information within the existing double taxation agreement (DTA) between South Africa and Austria has recently entered into force, as have tax information exchange agreements (TIEAs) with Bermuda, the Cayman Islands, Guernsey, Jersey and San Marino.

Signed on various dates last year, the TIEAs between South Africa and Bermuda, the Cayman Islands, Guernsey, Jersey and San Marino were effective from February 27, February 23, February 26, February 29, and January 28, 2012, respectively. The amending protocol to the South Africa-Austria DTA (which was originally signed on March 4, 1996, and entered in to force on February 6, 1997) was effective from March 1, 2012.

The new TIEAs and DTA protocol, incorporating the internationally-agreed Organization for Economic Cooperation and Development standard for the exchange of information for tax purposes, will apply to “taxes of every kind and description” imposed in all of the countries.

Short URL to this article: http://tinyurl.com/8jz9rhj 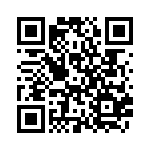