Attracting international investment has become a key focus area for the South African Government as affirmed by the Minister of Finance during the presentation of the 2010/2011 Budget to Parliament and now included as part of the first draft of the 2010 Finance Bill that was issued Monday, 10 May 2010. However, promoting South Africa as a gateway into Africa requires recognition of the fact that the country is currently not positioned as an attractive destination for international headquarters or holding companies.

Silke Mattern, Associate Director: International Tax Services for PricewaterhouseCoopers (PwC) says, “Any international concern seeking a location for their holding company or headquarters will pay close attention to the tax attributes in the prospective country. South Africa has many positive attributes such as a solid treaty network and a strong infrastructure but the current state of our tax system fails to attract foreign business headquarter and holding companies.”
The host countries to an international headquarter benefits financially. Even though South Africa has a superior infrastructure and financial system, Mauritius has been the preferred choice for investments into Africa due to the high tax costs and strict exchange controls that exist in South Africa.

Possible initiatives to attract potential investors
The Finance Bill includes tax relief initiatives for international companies based in South Africa, formulated on the existing general exemption for capital gains or income tax in respect of equity participations of 20% or more in foreign companies. The tax relief also includes an exemption from South Africa’s controlled foreign company legislation and from secondary tax on companies and, in future, dividends tax, on dividend flows from South Africa.

While the South African Government has managed to achieve lower tax rates, the tax system is under pressure to lower marginal tax rates, especially the headline corporate tax rate, for international competitiveness.
“The Headquarter regime currently only focuses on the traditional holding company and so does not yet provide any tax incentive in respect of income other than dividends and capital gains from qualifying investments. Management fees, for example, will remain taxable at the normal tax rate of 28%. But this is only stage one and we are sure that this will be a case of, watch this space,” continues Mattern.

Investment Funds are also under the spotlight and the Bill seeks to introduce exemption from SA tax for foreign investors that invest in funds managed by SA fund managers. Here again, the Government are looking to attract fund managers to SA, taking advantage of SA’s infrastructure and location for emerging market Africa funds. SA can truly be the Gateway into Africa for such investment funds.

The legislation essentially seeks to switch the permanent establishment and agency tax rules that currently serve to bring non-residents into the SA tax net. If a non-resident investor is only taxable in SA by reason of the activities carried out on the investor’s behalf by the SA Fund Manager, the new exemption from SA tax will apply.

Another option available to make South Africa more attractive from a tax perspective is the possible implementation of tax holidays for (international) companies based in the country. However, if this is considered, the tax holiday should be structured to ensure that the company meets certain requirements which will be beneficial to the country.

Tax holidays are often linked to production with the goal of affordably employing local and low cost labour within the organisation. One of the requirements to being eligible for a ten year tax holiday could be that the company should employ a certain amount of local people in a predetermined timeframe, i.e. create new jobs. If the (international) concern does not meet these requirements, the conditions of the tax holiday can be reviewed after five years and restructured to suit the situation.

Easing exchange control legislation
One of the key focus areas of the Government’s intention to promote South Africa as an attractive platform for business to expand into Africa, is also to create a favourable exchange control environment for headquarter companies and offshore funds that hold, or would like to hold, or manage their African investments and operations through South Africa.

Mattern says, “South Africa at present does not exercise exchange controls on non-residents. However, funds received by a SA resident from entities in foreign locations cannot be channelled through SA to other offshore locations without exchange approval having first been obtained.”

Whilst it is fair to say, that, to some extent, the exchange control legislation protected South Africa during the global economic downturn, it creates a significant barrier for prospective international organisations wishing to invest in Africa through SA.

Short URL to this article: http://tinyurl.com/9op45nr 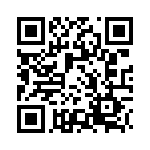