South Africa’s National Treasury has applied for leave to intervene in the application currently before the North Gauteng High Court for an interdict against the levying and collection of tolls on the improved Gauteng Freeway system.

The application for an interdict was brought by an alliance of transport and consumer groups led by the Opposition to Urban Tolling Alliance (OUTA), against the South African National Roads Agency Ltd (SANRAL) and the Minister of Transport, amongst others.
The Minister of Finance has now instructed the National Treasury to seek leave to join the case in view of the significance of this matter for the State’s financing of road infrastructure and the integrity and sustainability of the public finances.

In a media statement, the government recorded that it decided in 2007, in terms of provisions of the South African National Roads Agency Act and after extensive planning and consultation, to finance the construction and maintenance of the Gauteng Freeway Improvement Project (GFIP) system through an electronic tolling system.

The GFIP, one of SANRAL’s largest projects to date, comprises different phases to upgrade and implement new freeway networks. The ultimate freeway network will be 560km, but Phase 1 comprises the upgrading of 185km of the most congested freeways in Gauteng, and is nearing completion. The Gauteng ‘e-road’ will be the country’s first multi-lane free-flow toll system using electronic toll collection, which is scheduled to begin on April 30, 2012.

However, after considering public representations during 2011 regarding the original level of tolls proposed, the government agreed that a fiscal contribution of ZAR5.75bn (USD730m) should be made to the project. This, it was said, has allowed the average toll charge per km to be reduced significantly, provided that road-users participate in the e-tolling system.

The National Treasury has explained that “the principal reason behind tolling certain roads is the need, in the interests of economic growth and development, for major arterial routes to be constructed and maintained to engineering standards and specifications that cannot be afforded or justified for the entire road system. These routes are those which carry the heaviest traffic load in the country, and serve as critical economic corridors for both freight and personal travel purposes.”

SANRAL itself has pointed out that as insufficient financial resources are available to implement capital intensive projects (such as the GFIP), the most equitable way to pay for the road improvements is through a ‘user-pay’ principle.

In the case of the Gauteng freeway network, it has been argued that rising traffic volumes and the resulting congestion costs to users are also a further argument for the recovery of costs through toll charges.

The National Treasury has concluded that the benefits to road users of improved safety, lower travel time and lower operating costs substantially exceed the proposed toll charges. “Based on the current toll proposals, which exempt taxi operators and other public transport services, higher income users will account for over 95% of toll revenue,” the Treasury says.

The government therefore believes that there would be serious negative implications for the future financing of roads and investment in public transport, were SANRAL to be interdicted from implementing the toll collection system.

It has also expressed concern at the possible effect on SANRAL’s capacity to repay its debt, which is partially guaranteed by government.

Seeking to join the respondents to the application, the National Treasury will argue that the interdict should be denied and the implementation of toll collection should be permitted to proceed, as has been decided by the government and in keeping with the provisions of the SANRAL Act.

On the other hand, the aim of OUTA, while supporting the need for the GFIP, is to halt the proposed funding of the GFIP by means of e-tolling, which is regarded as “an inefficient, costly and unnecessary additional burden on road users,” who already pay through a number of taxes for the benefit of road use”.

Short URL to this article: http://tinyurl.com/9neqt88 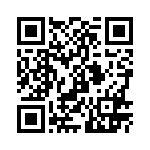