INDEPENDENT REGULATORY BOARD FOR AUDITORS

The IRBA is proud to inform Registered Auditors that for the third consecutive year South Africa has maintained the number 1 position in the World Economic Forum Survey for the strength of its auditing and reporting standards regarding company financial performance.

See an extract from the official WEF news release below.

About the IRBA
The objective of the IRBA is to endeavour to protect the financial interests of the South African public and international investors in South Africa through the effective and appropriate regulation of audits conducted by registered auditors, in accordance with internationally recognised standards and processes.

Geneva, Switzerland, 5 September 2012 – Switzerland, for the fourth consecutive year, tops the overall rankings in The Global Competitiveness Report 2012-2013, released today by the World Economic Forum. Singapore remains in second position and Finland in third position, overtaking Sweden (4th). These and other Northern and Western European countries dominate the top 10 with the Netherlands (5th), Germany (6th) and United Kingdom (8th). The United States (7th), Hong Kong (9th) and Japan (10th) complete the ranking of the top 10 most competitive economies.

For the full release and supporting information, please visit: http://www.weforum.org/NR_GCR2012-2013_Global

This article was originally published by IRBA – click here

Short URL to this article: http://tinyurl.com/9og2mhr 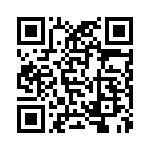