The move from a secondary tax on companies (STC) to the dividends tax (a withholding tax) will see a loss to the fiscus and an increased administrative burden on companies and taxpayers alike.

Piet Nel, a member of Saica’s National Tax Committee, says these changes will be implemented on 1 April 2012 and is aimed to bring SA in line with international best practice where the tax is levied on shareholders and not on the company.

Nel adds that STC creates several problems. “For example, STC is not recognised as a tax levied on the resident of another country for treaty purposes. This means that a local company paying dividends to a non-resident investor would not be able to reduce the rate of STC in respect of a dividend paid to a resident of a treaty country.”

In terms of the proposed new dividend withholding tax, companies will be expected to deduct the tax from the dividends paid to shareholders and to pay it over to SARS.

This is convenient for SARS and Nel says as it will be similar to how the PAYE system works whereby companies collect employee taxes on SARS’s behalf.

In terms of the proposed legislation, Nel says, the onus will be on shareholders to inform companies paying dividends that they are exempt from dividends tax. This is also applicable to public benefit organisations, regulated intermediary companies and pension funds. Similarly, a non-resident shareholder would have to inform a company that they live in a treaty country and qualify for a reduced rate of tax in respect of the dividend.

This will create an additional administrative burden for companies as they will have to ensure that these records are in place before the first dividend is declared under the new legislation.

If the company does not have a “declaration and undertaking” from a shareholder, Nel says the company will be obliged to deduct the 10% withholding tax on payment of the dividend.

Share buy backs or capital distributions to shareholders do not fall under the scope of the dividend tax Nel says. These are essentially a part of your original investment (or capital) being returned and is a disposal which could result in a capital gain for tax purposes.

The impact of the new legislation will be detrimental to the fiscus, says Nel. Currently if a listed company declares dividends to a pension fund or an institution in a treaty country it has no exemption from STC and it has to pay the 10% tax over to SARS.
Under the new regime, the dividend paid over to the pension fund is exempt, so SARS will lose out on that tax. Nels says that the purpose of this is to provide a further stimulus for retirement savings.

The same will apply for dividends paid to treaty institutions where a lower tax may be levied in terms of treaty agreements.

Short URL to this article: http://tinyurl.com/8fj7m2c 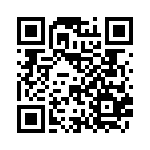