Significant changes are proposed to the Government procurement process under the Gazette no 40067 published for comment on 14 June by the National Treasury.

Briefly the changes, that affect all levels of Government and state owned entities, are as follows:

For goods and services up to R100m, after functionality of the proposed solution has been confirmed, an 80/20 formula applies to select the winning bid.  80% of the score relates to price and 20% relates to the BEE level of the tenderer.   BEE Levels are to be applied as follows: 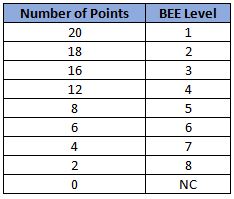 Under the current PPPFA regulations, this 80/20 formula applies to contracts from R30k – R1m.

For goods and services over R100m, after functionality of the proposed solution has been confirmed, a 90/10 formula applies to select the winning bid.  90% of the score relates to price and 10% relates to the BEE level of the tenderer.   BEE Levels are to be applied as follows: 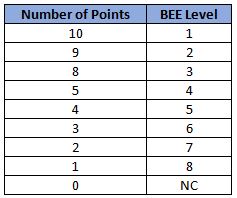 A formula is given to convert the price of the tender to a number of points out of 80 or 90 as above and the BEE points are added and rounded off to 2 decimal places. The contract must be awarded to the tenderer with the highest number of points.

Objective criteria can be set in the tender documents that can be pre-qualifying criteria or can result in awards to tenderers not scoring the highest points.  Examples given are:

Where a contract is awarded to a tenderer that did not score the highest number of points the organ of state has to report the fact to the National Treasury providing reasons.

Controversially we would think, where a contract is being awarded for more than R30m the tenderer must sub-contract a minimum of 30% of the contract to one or more:

Where designated sectors are involved, the tender document must stipulate that only locally produced or manufactured goods meeting the stipulated minimum threshold will be considered.

Remedies for tenderers supplying false information include termination of the contract, claims for damages and prohibition from doing business with the Government for 10 years.

Short URL to this article: http://tinyurl.com/ztg7wys