Sweeping changes in the domestic sector in South Africa: inclusion of domestic workers under COIDA

When the tide of democracy and constitutionalism swept through labour legislation in South Africa from the early ‘90s onwards, domestic workers, for the first time, gained access to important labour rights. However, they remained excluded from two important statutes, the Unemployment Insurance Act, 2001  (the “UI Act”) and the Compensation for Occupational Injuries and Diseases Act, 1993  (“COIDA”). The exclusion from the UI Act was remedied in 2003, but the exclusion from COIDA remained. This meant that domestic workers were not entitled to compensation for disablement caused by occupational injuries or diseases sustained or contracted by them in the course of their employment and dependants of domestic workers who died as a result of such injuries and diseases were also not entitled to compensation in terms of COIDA.

In 2011, the International Labour Organisation recognised that domestic work (mainly performed by women) continued to be undervalued and invisible and was often performed by migrants or members of disadvantaged communities who were particularly vulnerable to discrimination. As such, it adopted the Decent Work for Domestic Workers Convention, 2011. South Africa ratified this convention in 2013. This was an indication that the South African government recognised the plight of domestic workers, who constitute a significant 6.2% of the entire South African workforce as reported by Statistics South Africa. For domestic workers, trade unions and non-profit organisations that were lobbying for the full inclusion of domestic workers in labour legislation, there was the expectation that change would swiftly follow. However, this did not materialise.

In 2015, Sylvia Mahlangu, with the backing of the Socio-Economic Rights Institute and the South African Domestic Service and Allied Workers Union, decided to take the fight to the Department of Labour by seeking the inclusion of domestic workers under COIDA. Ms Mahlangu’s mother had been a domestic worker for 22 years, earning ZAR2 500 per month, and had met her untimely demise when she drowned in a pool at her workplace in 2012. She was partially blind and had allegedly been washing the windows of a bedroom located next to the pool when she slipped from the ladder on which she was standing; fell into an uncovered and unfenced pool, and unfortunately drowned. Her employers offered Ms Mahlangu less than ZAR5 000 as compensation. She attempted to claim benefits under COIDA as a dependent, and was informed that domestic workers were excluded from COIDA. As a result, she launched an application in the North Gauteng Division of the High Court seeking to declare the provisions of COIDA that exclude domestic workers from its ambit unconstitutional and that the declaration of unconstitutionality apply retrospectively.

In response to Ms Mahlangu’s claim, the Acting Compensation Commissioner filed an answering affidavit on behalf of the Minister of Labour and the director-general, in which he indicated that the Department of Labour intended to introduce a bill amending COIDA to include domestic workers within its scope. The commissioner further stated that the reason for the delay in extending coverage to domestic workers was due to the fact that the Department of Labour was in the process of developing its institutional capacity to administer the coverage of domestic workers in terms of COIDA. Following its successful application of the UI Act to domestic workers, the department was confident of its capacity to successfully administer COIDA in the domestic sector.

While Ms Mahlangu’s case was pending before the court, on 23 October 2018, the Minister of Labour published the COIDA Amendment Bill, 2018 and the proposed regulations on the compensation fund new assessment model, for public comment. The COIDA Amendment Bill seeks to amend COIDA to extend coverage to domestic workers and thereby address the challenge to COIDA brought by Ms Mahlangu. Despite the proposed amendments to COIDA, she nevertheless proceeded with her application and, on 23 May 2019, Molopa J granted an order, by consent, declaring section1(xix)(v) of COIDA unconstitutional and invalid to the extent that it excludes domestic workers employed in private households from the definition of “employee” and further directed that the section be severed from COIDA. The High Court postponed the question of whether the declaration of unconstitutionality should apply retrospectively. The question of retrospectivity was argued on 12 June 2019. We await the order in this regard.

A declaration of constitutional invalidity issued by the High Court has no force and effect until it is confirmed by the Constitutional Court. Effectively, pending the confirmation of the High Court’s order by the Constitutional Court, or pending any interim order granted by the High Court, the exclusion of domestic workers from COIDA remains in force. This affords the Department of Labour more time to get its house in order. There is no doubt that, with the inclusion of domestic workers under COIDA, the Department of Labour will need to have a firm administrative framework in place. If the COIDA Amendment Bill is adopted in its current form, employers of domestic workers will be required to register with the compensation commissioner; furnish the commissioner with the full particulars of their business; keep a record of the earnings of their domestic worker/s, furnish returns of earnings to the commissioner and pay an assessment to the compensation fund. The Department of Labour will have to be prepared to manage the administrative load that this will bring about.

The COIDA Amendment Bill does not define which workers fall within the term “domestic worker”. However, domestic workers are defined in the National Minimum Wage Act, 2013, as any worker who performs domestic work in a private household and who receives or is entitled to receive a wage and includes a gardener, a person employed by a household as a driver of a vehicle, a person who takes care of children, the aged, the sick, the frail or the disabled, and also includes domestic workers employed or supplied by employment services. This definition may serve as guidance in interpreting the term “domestic worker” when applying and administering the amended COIDA.

The legal successes achieved by Ms Mahlangu and the organisations that supported her will act as a spur to the Department of Labour to push ahead with the introduction of the COIDA Amendment Bill to Parliament. However, the legislative wheels do turn slowly, but what this does offer is hope that a new dawn is on the horizon for the domestic sector.

This article was first published by ENSafrica (www.ENSafrica.com) on 2 July 2019.

Short URL to this article: http://tinyurl.com/y6sed45j 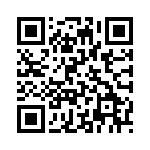