Tax and “Disabilities” – “Whispers in the corridors pay dividends”

By now you should all be aware that it is Parliament’s intention to convert medical expense tax deductions to tax credits.
A brief summation of even date in relation to such conversion is set out below.

The proposals were first announced in this year’s Budget Speech. At that time it was muted that a Discussion Document regarding the proposed changes would be issued later that month. Due to the complexities, however, of the issues, the said Discussion Document was only issued on 17 June 2011.

Prior to the release of the Discussion Document, draft legislation relating to the conversion of medical deductions to tax credits was released on the 2nd June 2011.

When the Discussion Document was issued on 17th June 2011, the public were invited to make written submissions to The National Treasury by 22 July 2011.

The timing of the release of the copious (41 ages) Discussion Document was most unfortunate as the dates set for hearings by The Standing Committee on Finance (to discuss the draft legislation) were held on the 21st and 22nd June 2011.

The next process on these matters was a workshop at the National Treasury in Pretoria on the 12th of August 2011 were the main focus was on how the conversion of medical deductions to tax credits would impact the most vulnerable groups of taxpayers, being those over 65 and those that form part of the “disability” groups. Pursuant to the many comments that were made at the Workshop, the National treasury noted that they were not fully aware of the substantial adverse consequences that the proposed changes could have on the aforementioned taxpayer groups.

At the report back (following comments made at the Workshop in Pretoria on 12 August 2011), it was stated by the National Treasury – verbatim – that there is a lot still under review and there is still a lot of work to be done. This comment pertained particularly to ‘out-of-pocket” medical expenses, which for taxpayers who fall within the disability group are, in our experience, always substantial.

At this point in time the only expected change in the law is that Medical Scheme Contributions will be converted to Tax credits at the rate of 30%, with effect from 1 March 2012.

In broad terms, the crisp and clear issue which gladly has arisen from the above prolonged process is that the status quo relating to the tax deductibility of medical expenses for disability groups remains.

Having addressed and been involved in tax law matters relating to disability groups for the future and making you, our clients, prospective clients and readers aware and up-to-date on the issues, we should emphasise the importance of awareness for taxpayers who fall within the disability group.

Taxpayers can (and have already obtained) obtain substantial tax refunds for the 2011 tax year as well as for prior-year’s. Objections to prior-years can be lodged within certain prescribed time limits as set in in our tax law. In most cases, objections to prior-years can be lodged against at least 3 tax assessments i.e. 2010, 2009 and 2008. Specialist tax law advice is recommended in order to maximize the amount of the tax refunds.

Short URL to this article: http://tinyurl.com/8kv4nla 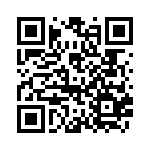