This is according the executive chairman of a payroll software company, who says that prior to March 2011, if an employee was retrenched or put on retirement, the extra payments made to the employee because of the retirement or retrenchment were tax-free up to a specified limit of R30 000. Anything in excess of this limit was taxed at the employee’s average rate of tax for that year.

He notes that it was only the additional payments due to such an employee that were tax-free, and not the normal salary and leave pay due to the employee up to the date of retirement/retrenchment.

“Such additional payments were tax-free up to an aggregate amount of R30 000,” he explains. “That was a lifetime aggregate, so that if an employee was retrenched twice and used up R20 000 on the first retrenchment, he or she would only be entitled to R10 000 tax-free on the second retrenchment or, if he was retrenched once only, on retirement.”

Short URL to this article: http://tinyurl.com/99poukx 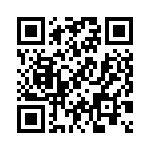