Can our TV stars claim back tax for looking beautiful?

Recently, a United Kingdom Tax Tribunal was required to adjudicate on whether Sian Williams, a BBC news presenter, was entitled to deduct costs incurred on professional hairstyling and colouring, professional clothing for studio appearances and laundry of professional clothes, for tax purposes.

The taxpayer maintained that the expenditure was allowable under section 336 of the Income Tax (Earnings and Pensions) Act, 2003. Her Majestys Revenue and Customs (HMRC) disallowed the deductions claimed by the taxpayer.

HMRC relied on the case of Mallalieu v Drummond (HMIT) [1983] 2 AC 861, where the House of Lords decided that the expenditure claimed by the barrister for clothing was not allowable as a deduction for tax purposes as the expenditure was not wholly or exclusively incurred for the purposes of “”trade””. The Mallalieu decision was relied upon by the erstwhile Appellate Division in the case of CIR v Pick n Pay Wholesalers (Pty) Ltd [1987] 49 SATC 132, where the court held that the donation made to the Urban Foundation could not be claimed for tax purposes as the expenditure was incurred with a dual purpose in mind, namely, to market Pick n Pay and also with an altruistic or philanthropic intent. At that stage, section 23(g) of the Income Tax Act, Act 58 of 1962, as amended prohibited taxpayers from claiming expenditure that was not incurred wholly or exclusively for the purposes of trade. Fortunately, that provision was relaxed in 1992 whereby taxpayers may claim expenditure to the extent to which the expenditure relates to the carrying on of a trade.

In Williams v The Commissioner for Her Majestys Revenue and Customs [2010] UK FTT 86 (TC), it was pointed out that the expense rules for self-employed actors and other entertainers are less restrictive than the rules applicable to employees. By virtue of the fact that the taxpayer was employed by the BBC, the narrow employment income test applied to her.

HMRC argued that it was necessary for the presenter to wear clothing presenting the television news, so that she maintained decency before the cameras and that the clothing performed no practical function beyond maintaining decency and that there was no special feature distinguishing the clothing worn by her from other clothing. The taxpayers representative argued that it was an implied term of her employment that she could not wear the same clothes more than twice or three times a month and that if she wore the same clothes frequently when appearing on television, she would lose her job. It was argued that the taxpayer would be prepared to wear no clothing when performing her job presenting the news, but was required to do so by her employer. The taxpayers representative sought to argue that the clothing was worn solely for employment purposes and that the clothing was acquired for one purpose only and that was to perform her function as a television news presenter and, for that reason, should be entitled to the deduction claimed.

The taxpayer also sought information from HMRC as to how other television presenters are treated from a tax point of view. It was pointed out that the onus of proof lay upon the taxpayer, but that it is unfair and contrary to the Taxpayers Charter for HMRC to hold back information that it could provide regarding the treatment of other taxpayers. The taxpayers representative argued that all taxpayers have a right to be treated equally and if a number of taxpayers in the same situation have their expenditure allowed, it would be contrary to the Taxpayers Charter for such a claim to be denied in the case of the taxpayer. HMRC argued that it was their policy to treat all employed persons in the same manner and pointed out that the clothing of a news reader is not akin to a “”uniform”” worn by certain employees. HMRC made the point that if the taxpayer was seen in the street wearing her work clothes, she would not be identifiable as a news reader, compared to other employees who may be required to wear specific uniforms.

The Tax Tribunal found that the evidence did not suggest that the taxpayer had her hair done and coloured immediately prior to appearing on television. Under the English provisions, it is required that expenditure must be incurred “”wholly, exclusively and necessarily in the performance of the duties of the employment””. The Tribunal held that the expenditure incurred on hairdos and colouring was not incurred in the manner required by the legislation and therefore disallowed the deduction claimed by the taxpayer.

The taxpayer claimed an amount of £3 231 for professional clothing for studio appearances and sought to argue that she did not require the clothes for warmth as it was warm inside the television studio. The taxpayer indicated that she would be prepared to present the news without clothes and only wears clothes because her employer requires her to do so. The Tax Tribunal did not accept the arguments made by the taxpayer and found, as a matter of practical reality, that the taxpayer “”needed clothes … to wear at work””. The Tax Tribunal relied on the decision of Mallalieu, which had regard to the manner in which the object of incurring the expense by a taxpayer must be taken into account. The Tax Tribunal pointed out that the object of the taxpayer is not restricted to the motive in mind at the time the expenditure is incurred by the taxpayer and “”it is inescapable that one object, though not a conscious motive, was the provision of the clothing that she needed as a human being.””

Thus, the Tax Tribunal decided that the expenditure claimed by the taxpayer did not qualify for deduction on the basis that it was incurred with a dual purpose in mind, that is, to appear on television and, secondly, to clothe her as a human being.””

The Tribunal pointed out that it is required to determine deductions in accordance with the law and not with how HMRC may have dealt with similar situations facing other taxpayers. The Tribunal decided that the clothing worn by the taxpayer whilst reading the news “”presented no special feature either in construction, purpose or position””, but was required of her to exercise her duties as a television news presenter. In the result, the Tribunal dismissed the taxpayers claim that the expenditure incurred by her on clothing, hair and laundry costs, were incurred solely for work purposes.

The argument made by the taxpayer that she was not required to wear clothing to present the news on BBC television was not accepted by the Tribunal as affecting the outcome of the decision.

Unfortunately, for taxpayers in employment, the rules in South Africa are very strict and section 23(m) of the Act continues to apply to such persons. That section, in principle, only allows employees to claim limited deductions against income derived from employment. The law allows for employees to claim expense in respect of the recovery of salaries where they incur legal costs in recovering salaries, for example, or where employees contribute to a registered and approved pension fund and are entitled to deduct contributions in accordance with section 11(k) of the Act. When reference is made to the provisions of section 23(m), there is no doubt that a South African court would follow the English decision referred to above and dismiss a taxpayers claim for expenditure incurred on clothing and other expenditure relating to appearances on television.

Short URL to this article: http://tinyurl.com/9mszxv9 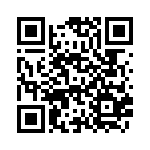