It won’t be a tax free affair.
As the 2010 FIFA World Cup fast approaches, the South African Revenue Service (SARS) can expect to gear up for an additional injection of revenue from the football team players. For each country participating in FIFA bids, there is the requirement for the relevant taxation authorities and bodies to provide certain guarantees prior to their bids being considered. In this regard, the South African Government pledged “a full guarantee that no taxes would be levied on participants in the 2010 FIFA World Cup”. A tax-free bubble that allows for exemptions that will apply to both South African residents and non residents in respect of income tax, VAT (which will be zero-rated) and a special rebate for customs and excise duty. However, this bubble does not include team players, leaving this particular group of FIFA participants exposed to the ordinary application of South Africa’s tax system.
Team players may fall within one of four categories and there are different tax consequences depending on the category:

These players would be subject to a 15% withholding tax on amounts earned from all matches played in South Africa (in terms of section 47 of the Revenue Laws Amendment Act No. 31 of 2005 which came into effect from 1 August 2006). The withholding tax must be paid to SARS by the end of the following month in which the match was played, translated at the spot rate when the taxes were withheld. If this tax is not withheld and then paid over, the non-resident player has to remit the tax to SARS within 30 days of its receipt or accrual. If the organiser defaults on withholding the taxes, and the non-resident taxpayer does not hand over the taxes due, the then organiser becomes personally liable for the payment. Players are not entitled to claim any associated deductions of expenses incurred if they fall under this category.
Players who are ordinarily resident in a country that has a double taxation agreement (DTA) with South Africa.

Examples of countries who have DTAs with South Africa are the USA, UK and Germany to name a few. In this case, the DTA determines in which country the player will be taxed. Many DTAs are based on the Organisation for Economic Co-operation and Development (OECD) model and, even though South Africa is not a member of the OECD, it often follows the OECD guidelines. Based on Article 17 of these guidelines, sportsmen are generally taxed in the country where they perform, which will be South Africa in this instance, although there can be some variations on this based on the articles of the DTA which could allow certain players to be taxed in other countries. Most of these categories point to a significant boost in SARS’ collections from the players at the time of the FIFA 2010 World Cup.
TAXtalk: www.taxtalk.co.za

Short URL to this article: http://tinyurl.com/9z3dd3q 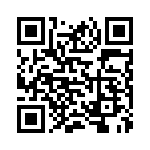