Cape Town — Tax revenue was R23bn less than estimates for the year to date, Finance Minister Pravin Gordhan said in the National Assembly yesterday, though he said the state would honour the spending commitments it announced in February. The figure is up from the R19bn end-June revenue shortfall, which led Gordhan to project that revenue would be R50bn-R60bn lower than the R659bn target for this fiscal year. The shortfall will mean a higher budget deficit, which the minister said had soared to “unprecedented heights” the world over in line with the sharp falls in tax revenue.

Gordhan suggested in a speech to introduce the Taxation Laws Amendment Bills that the economy might have reached the bottom of the downturn, but he warned that the road to recovery would be “slow and gradual”.

The world economy was also on the cusp of recovery, but it could be a weak one, Gordhan said.

Economic performance in SA had been bolstered by the government’s expansionary fiscal policy, which would be maintained despite the fall off in tax revenue.

“Our fiscal expansion is having a positive effect on our economic performance. In particular, the acceleration of infrastructure spending is contributing to both greater long term capacity and short term employment creation. These measures have not offset the full effect of the decline in … demand, but the situation would have been far worse had we firstly not anticipated the crisis, and secondly not acted as boldly as we have”.

Short URL to this article: http://tinyurl.com/8c8gw45 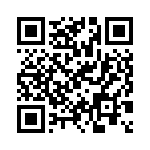