THE establishment of dedicated tax units for large and medium-sized businesses in Africa is being encouraged in an effort to curb growing criticism about the lack of expert knowledge within tax authorities, Logan Wort, executive secretary of the African Tax Administration Forum, said this week.

He said the forum was aware of the complaints by companies which had to deal with officials who did not have an acceptable understanding of increasingly complex tax legislation.

The forum has trained more than 400 tax officials in various aspects of tax this year and had also hosted nine technical training programmes ranging from tax treaties to the organisation and management of tax administrations.

“In most countries, especially in French-speaking African countries, the tax authorities are merely government departments. They do not influence tax policy at all. They act purely on the instructions of the minister.”

The South African experience in terms of the independence of the South African Revenue Service (SARS) and transparency (through the court system) is not a given in several African countries, Mr Wort said.

Billy Joubert, a tax partner at Deloitte, agreed that African countries still had very little understanding of the complexity of international transactions and said the forum could consider pooling resources more.

He referred to transfer pricing legislation, which was introduced in SA in 1995. It took SARS several years to put together the “formidable team” to deal with the legislation.

The reality is that it takes time to build up experience in a country and there is the possibility of using external consultants to assist with specific tax issues, as Malawi had done in recent times.

“The difficulty with that is the cost and time involved. These skills are highly mobile and scarce. I do not necessary have the answer to that, but they have to build up their skills base,” he said.

Mr Wort said the forum had also encouraged tax administrations to segment their tax base, thereby distinguishing between large and medium-sized companies, specific sectors, high-net- worth individuals and the political elite.

This will ensure that people and companies are not only taxed properly but that the companies and the individuals operating in a specific sector have a predictable tax experience, enabling them to budget and plan with certainty.

Mr Wort said it was also necessary for Africa to focus on high-net-worth individuals and tax compliance by the political elite. Kenya introduced legislation last year that made it compulsory for politicians to pay tax. The legislation was met with resistance as presidents and politicians still do not pay tax in many African countries. High-net-worth individuals and the political elite had to pay tax so there was a perceived fairness to encourage compliance, Mr Wort said.

SARS is the biggest funder of the forum as its interim secretariat, and contributed R8m to its operations this year. The 34 members of the forum paid R400000 in membership fees and countries such as Norway, Germany and Switzerland donated nearly R3m.

SA has played an important role in the success of the forum but the resources required to run the organisation are significant. Once the forum is established as an independent entity with its own secretariat, it will meet its own costs.
Mr Wort said the forum would discuss a sustainable funding structure at its council and annual general meetings in February and July next year.

Short URL to this article: http://tinyurl.com/9rvk2gc 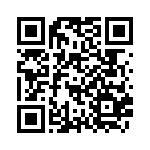