The Draft Taxation Laws Amendment Bill, 2011 (“the TLAB”) was released by National Treasury on 2 June 2011 for public comment. The TLAB includes some of the most significant and far ranging amendments to the Tax Act of recent years, with a strong focus on tax avoidance and tax planning, particularly in the finance sector. A media statement released at the same time signals that significant attention will be given to further legislation to combat perceived avoidance. Between the media release and the TLAB, a considerable focus has been devoted to the taxation of company distributions in the form of returns of capital, dividends and the deductibility of interest. Certain of these changes will have an immediate impact on corporate and finance transactions.

Some of the amendments proposed affecting individuals relate to the introduction of a third rebate for the elderly, the treatment of contributions to certain long-term insurance policies by an employer as fringe benefits as well as the introduction of a medical tax credit rather than a deduction in respect of contributions made to medical schemes. A number of these issues were highlighted during Minister, Pravin Gordhan’s Budget Speech earlier in the year.

Further amendments are proposed in relation to the recent changes, which targeted dividends paid on certain “restructured” instruments. These deal with the exemption from tax on dividends which flow through certain share scheme trusts.

Some relief has been afforded to the developers of residential property where such property is temporarily let out. The output tax adjustment which results from such “change of use” will now be deferred for the earlier of 3 years or the date of sale of such trading stock.

The article was initially published by Edward Nathan Sonnebergs and we make reference to them, news@ens.co.za.

Short URL to this article: http://tinyurl.com/8q8kn7p 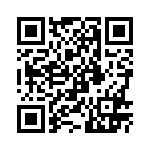