The Davis Tax Committee’s First Interim Report on Estate Duty (“DTC Report”) was released for public comment on 13 July 2015. In essence, the DTC Report proposes that “a highly progressive tax that patches loopholes, helps provide equality of opportunity and reduces the concentration of wealth, must be implemented”.

The DTC Report was released in draft and is, therefore, open to comment. Following from this, it is clear that the recommendations in the DTC Report will not necessarily find their way into draft tax legislation. South Africa has well established rules and case law dealing with the taxation of trusts. The South African Revenue Service (“SARS”) recently introduced new tax returns for trusts that require far more detailed disclosures by taxpayers in accordance with these principles.

The DTC Report deals with, amongst others, donations tax, estate duty and the taxation of trusts. Below we set out our comments on the recommendations made in the DTC Report insofar as they are applicable to trusts.

We will send out further communications relating to the remaining recommendations made by the DTC.

Broomberg on Tax Strategy states that –

“The common assumption is that trusts are some kind of tax panacea… . Then, conversely, from a South African Revenue Service (SARS) perspective trusts are viewed with a degree of suspicion and mistrust. [T]he truth lies somewhere between these positions. Trusts are useful vehicles, but there is little tax magic that arises from the utilisation of a trust.”

The DTC report underlines SARS’s concerns with the use of trusts for tax planning purposes.

General principles relating to the taxation of trusts

The above income tax consequences may, however, be superseded by the deeming provisions relating to trust income as set out in section 7 of the Income Tax Act. In this regard, if a resident makes a gratuitous disposal to either a local or offshore trust, section 7 may attribute the retained income derived by the trust from such gratuitous disposition to that resident.

In the context of capital gains tax (“CGT”), the Eighth Schedule to the Income Tax Act provides for attribution rules which attribute capital gains to the donor or settlor of a trust or to resident beneficiaries.

In the context of a loan from a South African resident beneficiary to an offshore trust, in our view, transfer pricing rules should be taken into account when determining the rate of interest to be charged on such loan.

Recommendations in the DTC Report

The DTC recommends, inter alia, that the following amendments be made to the existing tax legislation:

In the event that the recommendation relating to the removal of the income attribution rules, insofar as they apply to South African trusts, is implemented, all trust income will be taxed in the South African trust. Essentially, whether or not the trust was funded by way of an interest-free loan would not be of relevance.

Commercial use of trusts

Trusts are not only used by individuals. In the corporate sphere, trusts are used to facilitate a portfolio of investments; for example, a collective investments scheme. These are not dealt with in the DTC Report.  A broad-brush amendment of established principles would naturally also impact these arrangements.

If the recommendations in the DTC Report are implemented, then all South African resident trusts will be taxed as separate taxpayers. They will be taxed on income at a flat rate of 40% and on capital gains at an effective rate of 26.64%.

The DTC Report states that: –

“The repeal of the attribution provisions will have diverse and far-reaching implications … . An extensive consultative process will have to follow … to identify and address the many issues involved.”

It is hoped that during this extensive consultative process, solutions can be found to the issues identified in the DTC Report without adopting the punitive tax measures contained therein.

Short URL to this article: http://tinyurl.com/oefho3x 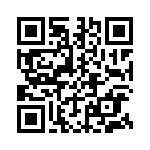