COSATU has presented some interesting proposals to increase the tax burden on wealthy individuals and companies. It proposes, amongst other things, to speed up re-distribution of wealth by introducing a tax on the ‘super-rich’, a ‘solidarity tax’ to cap growth on earnings in the top 10 income bracket, tax on capital inflows and for corporates it propose an increase in Secondary Tax on Companies (STC).

What exactly is meant by introducing a tax on the super-rich or introducing a ‘solidarity tax’ to cap earnings in the top 10% income bracket is not entirely clear. These individuals are taxed at the maximum marginal rate of 40% on their taxable earnings.

The remainder of their earnings finds its way to the fiscal coffers in various ways, such a fuel levy when filling their vehicles, paying rates on their property, parting with 14% in VAT on their disposable income, paying capital gains tax on the disposal of their capital assets and paying capital gains tax and estate duty at 10% and 20% respectively on the net value of their estates when laid to rest. Add to this the cost of schooling, security and healthcare which is in most cases not covered by their taxes and it becomes apparent that the super-rich are already super-contributors to the tax base.

As far as foreign investors are concerned, COSATU’s proposal is to tax their capital inflows, notwithstanding that the fruits of their capital employed in South Africa are as a general rule subject tax in South Africa, and when they repatriate their fruits through a dividend distribution it is taxed again by way of STC. This proposal seems to be in conflict with Treasury’s proposal (in the Taxation Laws Amendment Bill 2010) to introduce tax incentives in order to attract foreign investors to South Africa by virtue of the regional holding company regime.

COSATU’s proposals on restricted capital outflows also seem to be in conflict with Government’s policy to relax the exchange control environment in respect of capital outflows.

Corporates did not escape the brunt of the proposals which seek to increase the rate of STC. At present STC is a tax levied on the company at 10% when it makes a distribution of profits, but it will soon be replaced by a tax at shareholder level meaning the shareholder will pay a withholding tax of 10% when he/she receives a dividend. It seems as if the disguised target of the proposal is again the individual, adding to his already all-embracing contribution to the tax base.

There is no question that sustainable growth and poverty alleviation are paramount to the success of a developing state, but this should in our view be achieved by sustainable initiatives aimed at expanding the tax base through, for example, tax incentives focused on stimulating small business and skills development. By introducing further taxes for the already heavily taxed individual, there will be little or no incentive for entrepreneurs to grow the economy.

Short URL to this article: http://tinyurl.com/8t8kew6 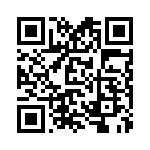