Johannesburg – Indian and coloured men could find their companies last in the race for public tenders if the government’s amended procurement legislation for small businesses gets the go-ahead.

Under the proposed changes to the Preferential Procurement Policy Framework Act of 2000, companies who wish to do business with the government should have no franchise in the national elections before the 1983 and 1993 constitutions. Alternatively they must be majority owned by women or those with disabilities.

The draft Preferential Procurement Regulations 2015, which haven’t been signed by Finance Minister Nhlanhla Nene and are yet to be made public, were leaked to The Star’s sister paper, The Mercury.

The proposed regulations come on the back of the release of Statistics SA’s second Quarter Labour Force Survey 2015 and the latest racial group income figures, which show that the share of the employed population who are graduates was highest among whites (26.9 percent) and Indians (22.7 percent).

Brigitte Brun, the head of Africandi Business Solutions, said coloured and Indian businesses looking for state tenders to the value of less than R10 million would get no preference points and could compete on price only.

She said the biggest change was in tenders less than R10m, where 50 points were price-based and 50 based on preferential scores for those who had no franchise in national elections before the 1983 and 1993 constitutions (12 points). Alternatively, if they had 51 percent or more ownership by women (12 points), 51 percent or more ownership by those with disability (12 points), a small or medium enterprise (6 points) and local eco-economic development factors (8 points).

Brun warned that taxpayers could pay inflated prices for services as race took precedence over price on tenders.

Erika Petersen-Holmes, partner and BEE specialist at the law firm Shepstone & Wylie, said the regulations ignored existing empowerment regulations. “(They) don’t talk to any of the B-BBEE regulations. Indians and coloureds are excluded,” she said.

The proposed legislation will still be subject to public consultation.

Courtesy of THE STAR

Short URL to this article: http://tinyurl.com/p7n3xk3 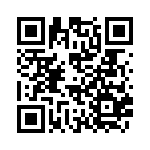