The BEE Amendment Act has been brought into law in substantially the same format as the BEE Amendment Bill that was approved during 2013. It introduces a number of significant changes to the BEE Act and establishes a framework for the regulation of BEE and the appointment of a dedicated regulator to oversee BEE.

There are various offences and penalties in terms of the BEE Amendment Act, the most stringent one being that where any person misrepresents or attempts to misrepresent the BEE status of an enterprise or provide false information to a BEE verification professional to secure a particular BEE status or benefit, and is convicted, such person will be liable to a fine or imprisonment for a period not exceeding 10 years or both a fine and imprisonment or, if the person convicted is not a natural person, to a fine not exceeding 10% of annual turnover. In addition any person convicted of an offence in terms of the BEE Amendment Act may not contract or transact with any organ of state or public entity for a period of 10 years from the date of conviction.

The important amendments are summarised as follows:

Short URL to this article: http://tinyurl.com/np8m3ps 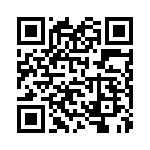