The case for Business Rescue

The penalty for declaring bankruptcy in ancient Rome was slavery or being cut to pieces. The choice was left to the creditor. By the middle ages, the treatment of insolvent debtors had softened considerably. In Northern Italy, bankrupt debtors hit their naked backsides against a rock three times before a jeering crowd and cried out, “I declare bankruptcy”. In French medieval cities, bankrupts were required to wear a green cap at all times and anyone could throw stones at them (World Bank, doing business in 2004).

Since those days, almost all modern democracies have established statutory corporate rescue procedures with the purpose of providing protection for insolvent corporate businesses. South Africa introduced its corporate rescue procedures, labelled as judicial management, in the Companies Act 46 on 1926. This problem was that, until recently, this mechanism to assist businesses in cases where it is better to continue operations, did not work. It led to many businesses in financial distress immediately being liquidated without any rescue attempt. Research published over the past two decades has indicated these problems and deficiencies, and called for a reform of corporate rescue legislation (Lamprecht. 2008)

This article aims to provide background information on the events and thought that have led to the new business rescue framework, as well as its place in the current socio-economic and business environments. A brief overview and discussion of the business rescue proceedings, benefits and concerns are also given.

The move to business rescue

In 2004, Department of Trade and Industry (the dti) published a policy document dealing with the guideline for corporate law reform. One of the areas for review focused on the current system of judicial management, and acknowledged hat it appeared that judicial management was rarely used, even more rarely led to a successful conclusion, and gone almost unchanged since 1926. This document further mentioned that, by contrast, a number of countries had introduced new systems fir business rescue over the past decade (Department of Trade and Industry, 2004).

These new systems recognised business rescue is a necessary alternative to liquidation, and operated on the basis that the value of the company is greater if it, or its business, is preserved as a going concern, as opposed to the assets being sold off on a piecemeal basis (Parry, 2006, p.2).

This worldwide tendency to preserve value by providing formal corporate rescue procedures to businesses in distress, together with the fact that the creditor-friendly judicial management regime has failed as a corporate rescue regime, laid the foundation for a new debtor-friendly business rescue regime. This regime crystallised in February 2007 with the dti publishing its first draft Companies Bill, detailing the new business rescue provisions in Chapter 6. The chapter saw various versions as consultation with stakeholders and the public took place. The final Companies Bill was issued late in 2008 and subsequently assented to by the President on 8April 2009 s the Companies Act of 2008.

The new business rescue model emerged at a time when the South African business environment found itself in a recession with liquidation statistics increasing very slowly every month. Some industries and labour unions have approached the government for bail-outs of struggling companies. President Jacob Zuma recently stated that the productive capacity of our economy should be kept intact to respond to the revival in demand as the global economy recovers. The President added that we must do our absolute best to retain skills and labour (SAPA, 2009).

Tailored, well-functioning, corporate rescue laws can preserve value to benefit a range of stakeholders: investors’ investments may be preserved; managers and employees my retain their jobs; creditors may receive a greater portion of what they are owed than would be the case under liquidation; clients may see a satisfactory

Completion of work in progress; the public may benefit from the debtors still being in business, and taxes may be paid to the government. Balancing the interest of these different groups in a political, social, cultural and economic environment presents a challenge, which necessitates a diversity of approaches. Therefore, a business rescue regime suitable for one country may not be suitable in another country (Parry, 2006, p.2; Corporate Renewal Solutions, 2006)

In designing a tailor-made South African business rescue model, the dti had the benefit of hindsight and the example of a number of working business rescue models worldwide. However, it is unclear if our provisions were based on a single existing or drawn from carious systems currently in place worldwide. The 2004 corporate reform policy document only indicated that the provisions of the US Chapter 11 bankruptcy-protection measure would be considered.

Our new South African model defines business rescue as proceedings to facilitate the rehabilitation of a company that is financially distressed (see below) by providing for:

Business rescue is one of a number of procedures to save financially distressed but economically viable companies. It is important to note that business rescue, as a formal process within the legislative framework, follows failed management-led correction and failed informal creditor workout. If business rescue is successful, liquidation is avoided. Diagram 1 above, shows the different levels of corporate health decline and the level where the business rescue and liquidation legislation is applicable (Corporate Renewal Solution, 2009b).

How does the business rescue model work?

The proceedings end when

In summary, the new business rescue model should have many benefits. In particular, although it allows the intervention of affected parties by application to the court, it is substantively non-judicial, commercial process, which regulates interaction between the company, the business rescue practitioner and affected parties in devising a business rescue plan. The process is also consultative and inclusive as each of the stakeholders (or affected parties) is afforded an opportunity to participate and be consulted (Moosa, 2009). The temporary general moratorium against liquidation and legal proceedings may provide the necessary breathing space to effect a successful turnaround. Further, the outcome sought by the legislation, namely the continued existence of the company on a solvent basis or, if this is not possible, a better return for the company’s creditors and shareholders that would result from the immediate liquidation of the company, has a reasonable prospect of success. There should be more business rescue attempts, and fewer business liquidations.

Despite the many benefits, there are also new concerns. Not all business are viable, and judging be international experience with modern business rescue regimes, it can be expected that business rescue attempts using the new legislation will have a success rate of less than 50%. Local commentators have also raised concerns regarding the competing interests between the different affected persons. Parry (2006) noted that one crude measure of the relative success of corporate rescue laws is the way in which different interest groups are treated, since this is largely a reflection of differing social and economic values in the countries concerned. Research indicates that business rescue is also more expensive than an informal creditor workout: business rescue costs are shared between the shareholders, creditors (in the case of forgiveness) and the taxpayer in the case of a court application. The new legislation is not the answer for South Africa’s unemployment and liquidation problems, but it has the potential to be a successful mechanism for economically viable business in financial distress.

Short URL to this article: http://tinyurl.com/8boc8wm 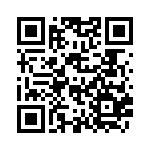