The Supreme Court of Appeal (SCA) has recently delivered judgment in the case of C:SARS v Foskor. The SCA was called upon to consider the definition of “trading stock” in the Income Tax Act. In particular, it had to determine whether certain ore stockpiles constituted trading stock.

Foskor obtained phosphate bearing ore, under an agreement with a mining company. It then extracted phosphates and other minerals from the ore, for sale to customers. At the end of each year of assessment, Foskor had ore stockpiles on hand. SARS contended that amounts representing the cost of the ore stockpiles had to be included in Foskor’s income, as closing stock.

The definition of trading stock in the Income Tax Act includes anything acquired by a taxpayer for purposes of manufacture. This was the basis upon which SARS contended that the ore stockpiles constituted trading stock. Foskor acquired the ore for purposes of processing it in order to make it suitable for sale. The issue in dispute was whether that processing was a process of manufacture.

The SCA stated that the question as to whether a particular process is a process of manufacture is one of fact. There is no definitive test and each case will depend upon its own merits. A key consideration is the extent of the change between the natures of the relevant raw materials and of the end product. A process of manufacturing will result in an essential change in such natures. The rationale for specifically including raw materials in the definition of trading stock was also considered.

In this case, the SCA found that Foskor’s processing of the ore was sufficient to constitute a process of manufacture. It followed that the ore was acquired for purposes of manufacture and was trading stock. SARS’ appeal was successful and the amount of some R200 million was included in Foskor’s income.

The SCA did, however, remit the interest that SARS had imposed. This was done on the basis that the issue was complicated, Foskor had taken legal advice upon which it had based its position and SARS had previously accepted Foskor’s position. The interest in the end was almost equal to Foskor’s additional tax liability.

Short URL to this article: http://tinyurl.com/9rkuxal 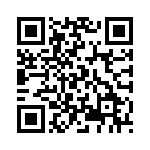