The Department of Trade Industry plans to go live with a new business portal by October 2019.

Responding during a recent parliamentary Q&A session, minister of Trade and Industry Ebrahim Patel said that the portal will be the first of its kind and significantly improve the ease of doing business in South Africa.

“In addition, Invest SA is working with UIF and the Compensation Fund to integrate these processes into a single online platform which will be a first for South Africa.”

According to the World Bank’s Ease of Doing Business Report, South Africa has slipped from 32nd in 2009 to 82nd in 2019.

“While South Africa has undertaken some reforms over the past decade, its ranking declined over the period,” Patel said.

“As the World Bank Survey at times affect investor perceptions of a country, there has been a focus on country improvement in the rankings.

“More importantly, some of the indicators used in the Survey coincides with our own domestic goals to make it easier for small and medium businesses to start up and stay in business.”

Patel said that Invest SA, with the technical support of the World Bank, has prioritised five of the ten indicators based on the Doing Business report.

“The Department of Trade and Industry together with National Treasury have been working with the World Bank and the private sector to increase the pool of respondents and have hosted workshops to familiarise respondents with the survey questionnaire as it is detailed and requires an understanding of the case study and the core assumptions related to the methodology, “he said.

Short URL to this article: http://tinyurl.com/y5oayzpz 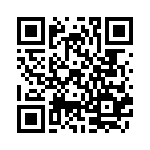