The first obstacle is the appointment of an executor. This could also happen if a person leaves a valid will without an executor, or no provision was made for a substitute if an institution was not nominated.

Currently, if the gross value of an estate is less than R125 000.00 the Master of the High Court has the power to waive the formal appointment of an executor. He merely issues a letter of authorisation to the person who qualifies and there is no formal administration process. In other instances the Master will appoint the only heir or the person nominated in writing.

When a person with a spouse (including a life partner as defined in the Civil Union Act) dies without a valid will and without children (including legally adopted children) or their descendants in the case of predeceased, the surviving spouse or partner is the only heir. If, for example, the testator leaves three children, the surviving spouse or partner will receive a child’s portion or R125 000.00, whichever is the larger. A child’s portion is calculated by adding 1 to the number of children – in this case one plus three children, i.e. four. If one of the children dies before the testator, his or her portion will devolve upon his or her descendants.

If no provision is made in a will for alternate heirs, the provisions of the Intestate Succession Act might also apply. There is an exception for descendants of the deceased. If children were named as heirs without alternate heirs having been named, the inheritance will pass to the deceased children’s descendants in terms of the Wills Act.

Only if there is no spouse, descendants, parent, parent’s descendants or close blood relations, will the net assets of the deceased be deposited in the Master of the High Court’s guardian fund. If the assets are not claimed by an heir entitled thereto, they will be forfeited to the State after thirty years.

Short URL to this article: http://tinyurl.com/8qckapg 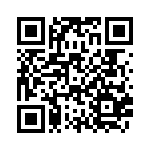