There is a BIG difference between ‘resignation’ and ‘retirement’

… especially as far as tax is concerned.

For a number of years I have been irked (and, to be honest, somewhat envious) at the fact that Bruce Cameron, who writes the Personal Finance section of various Independent Newspapers’ titles, has won financial journalism awards year after year writing on seemingly little else but retirement annuities and unit trusts.

Yet I’m beginning to understand the narrowness of Cameron’s focus at times, having been guilty of the same thing. Driven by queries received from readers, this week’s column may seem to be re-hashing an old topic, but it looks like many people out there still don’t understand the difference, from a tax perspective, between “resignation” and “retirement” – especially as far as their retirement funds are concerned.

In the “olden days” (meaning my parents’ and grandparents’ generation), you would resign from your job if your intention was to take up employment elsewhere. In those days people joined a company straight from school or university, worked their way through the ranks, and retired at 65 with a gold watch and a pension.

Resignation was therefore rare, and usually only happened when conditions in your existing company were absolutely unbearable, you relocated to another town and was unable to secure an internal transfer, or (in the case of women) decided to give up your career in order to become a full-time mom.

Retirement was something you did when you were no longer able to work – either because your health did not allow it, because you became disabled, or because you had reached the statutory retirement age laid down by your company. However, things started becoming complicated as people became more “job-mobile”, lived longer, retired earlier, and enjoyed multiple careers.

A couple of weeks ago I wrote about a colleague who, although he has spent virtually all of his adult life as an ordained Methodist minister, has enjoyed multiple careers including local church pastor, academic professor, head of our church’s Education for Ministry and Mission Unit, did a short stint at the Methodist Seminary here in Pietermaritzburg, and has now returned to pastoral ministry commencing with a three-year stint in the UK.

During his illustrious career, he has officially “retired” twice – the first time it was from the University of Kwazulu-Natal (UKZN) at the age of 60, and the second time was when he turned 65 which is the mandatory retirement age for clergy serving in the Methodist Church of Southern Africa (MCSA).

So what does all of this have to do with tax? The fact is that one needs to understand the difference between “retirement” and “resignation” as the tax authorities see it, since the difference in the amount of tax paid is vast – especially when it comes to lump-sum payments from one’s retirement funds.

As far as Sars is concerned, “retirement” is when you leave the employ of your company, normally with the intention of not working again. This can happen any time from your 55th birthday onwards or at any age if your health or a disability dictates that you are no longer able to work. However, the fact that you may decide to enter a new career after your “retirement” does not in itself invalidate the fact that you have retired, provided that you meet the criteria. It is the event that prompted your retirement from your previous employer (i.e. over 55, ill-health, or disability) that prompts the criteria for retirement.

In the abovementioned example, my colleague had officially retired from UKZN, which meant that he became entitled to receive any pension benefits due to him in terms of the retirement funds in place at the university. He continued to serve the MCSA as a minister for the next five years, and then went through the same retirement process again (this time in terms of the rules of the MCSA’s retirement fund). Each of these “retirements” constitutes a valid retirement in terms of the Sars requirements. Yet he continues to work as a Methodist minister in the UK. So retirement by no means imposes an obligation to stop working!

In the case of a disability, one may validly take early retirement if the disability in question disqualifies the person from the particular occupation at the time they became disabled. A congregant of mine in a previous church was paralysed from the waist down in a tragic motorcycle accident, which meant that he could no longer do the physical work he was employed in at the time of his accident. However, this does not disqualify him from seeking alternate employment (for example, administration work). His retirement from his previous employment will still be a valid retirement as far as Sars is concerned.

Adding to the complication is the advent of the retirement annuity (RA) fund. With an RA, you can “retire” from the fund any time after your 55th birthday – irrespective of whether or not you stop work. In other words, even though you only intend to retire from formal employment at 65 (or whatever your company’s mandatory retirement age is), you can still “retire” from your RA from 55 onwards.

In fact, your employer need not even know that you have drawn your retirement benefits from your RA, except, of course, if your payroll department has been taking your contributions into account for purposes of calculating your employees’ tax deductions each month.

On the other hand, resigning from one’s employment is a different matter, especially if one decides to take their accumulated pension in cash. In this case, there is no external event beyond the individual’s control (reaching a certain age, suffering ill-health, or becoming disabled) that prompts the person to leave their employ.

Given that the ideal is that one preserves their accumulated pension funds until normal retirement age, Sars imposes fairly punitive tax rates aimed at discouraging resigning employees from taking the cash; failing which, such taxation is aimed at enabling Sars to recover the tax foregone by means of the relief granted on the contributions to such retirement savings.

Being retrenched adds a whole different slant on the whole retirement fund issue, especially since one who is retrenched has normally not planned for such an event (unlike disability, which is covered by insurance, whether linked to the pension fund or not; or retirement, whereby one knows with reasonable certainty when they are likely to retire).

Retrenchment occurs when, through no fault of the employee concerned, their position becomes redundant or surplus to the company’s requirements – usually because of poor economic conditions, technological obsolescence, etc. that impacts the employer. Sars therefore has specific provisions relating to retrenchment.

Complicated, huh? No wonder people get confused as to whether they have ‘retired’ or ‘resigned’, since the action prompting the departure is the same – especially once you have turned 55.

The new rules that will come into effect from 1 March 2012, as announced in Finance Minister Pravin Gordhan’s recent Budget, will also have a major impact on the tax treatment of retirement fund payouts.

Accordingly, over the next couple of weeks I will provide some examples illustrating the tax impact of a particular scenario, distinguishing between what happens when the person resigns, retires, or is retrenched, and also examine some planning aspects that a healthy 58 year old needs to consider, especially if their intention is to carry on working in some or other new career direction.

Short URL to this article: http://tinyurl.com/9kugdn6 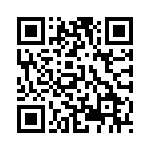