The new trade & industry minister says to be effective, the next phase of broad-based black economic empowerment should benefit ordinary workers

Trade & industry minister Ebrahim Patel conceded on Thursday that black economic empowerment laws in their current form need a “rethink” as they had not always produced the required results.

“As we engage with South Africans some say that there is a need to rethink BEE,” Patel told MPs after presenting his department’s annual performance plan.

He said in some instances black economic empowerment laws had worked well, but had not “given South Africans the empowerment they require”.

“Some say empowerment has not been broad enough or not broad at all. There is real sense we need a rethink on how we implement broad based polices,” said Patel.

Broad-based black economic empowerment (B-BBEE) is a controversial issue in SA. The country’s main opposition party, the DA, has rejected it in its current form, saying it is being used by the ruling ANC to enrich only a few of the politically connected elite at the cost of job creation.

The DA has said that its approach would see the B-BBEE scorecard being “vastly simplified” with the inclusion of time frames for initiatives to help the business sector to plan. It also says its approach will set requirements, as part of the scorecard, to ensure that the beneficiaries of genuine B-BBEE are not just politically connected people.

Explaining how the empowerment laws had evolved over the years, Patel said the first phase seemed to focus on “passive shareholding” in a company, with beneficiaries waiting for dividends, which did not foster entrepreneurship.

The second phase introduced a broad-based vehicle, focusing on making sure that more women and young people were involved, said Patel.

The third phase, said Patel, focused on developing black industrialists. The programme aims to unlock the potential of black industrialist companies in key sectors of the economy through deliberate, targeted and well-defined financial and non-financial interventions.

“The idea of only focusing on shareholding [has not always worked]. Now we are saying ‘how do we assist black South Africans to build their own companies’. This is gaining traction.”

Patel said the emphasis in the fourth stage should be on empowering workers, adding that the Competition Amendment Act, which will come into effect shortly, has a provision which encourages worker ownership in acquisitions.

Earlier in 2019, the B-BBEE commission declared that the vast majority of transactions involving broad-based BEE trusts are not compliant with the law as the trusts are not genuine and do not provide effective black ownership.

The commission wrote to dozens of companies informing them of the need to rectify their ownership structure and undergo re-verification of their BEE status or face investigation for fronting.

This article was sourced from – BusinessDay Short URL to this article: http://tinyurl.com/y3felkd3 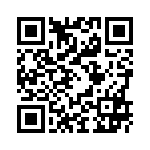