The Taxpayers’ Movement of SA (TPM) is closely following the issue of World Cup tickets having been purchased with taxpayers’ money. We note that political parties and trade unions have lodged complaints with Treasury, and we are aware that Treasury has referred the matter to the Auditor General, so we will be monitoring the outcome. We would like to see that the rest of government respects Treasury’s stance on this. If necessary, we will also take it up with the relevant authorities.

Government employees need to remember that they are but custodians of taxpayer’s money and that it is their fiduciary responsibility to ensure that each and every rand is spent efficiently with maximum impact.

According to replies to parliamentary questions, five state departments have spent a total of R10.9 million while the Industrial Development Corporation has spent a further R12 million on World Cup tickets. This R23 million could have built 460 RDP houses, or paid for 230 nurses’ salaries for a year or educated 2,300 children for a year. To put this into perspective, it would take one middle-class taxpayer 328 years of personal tax to pay for these tickets.

One of the things which galls is the R3.3 million which the SABC is said to have spent on World Cup tickets. This is an entity which has been so mired in a financial crisis that the government has had to bail it out to the tune of R1.47 billion using taxpayers’ money and commissioning of local programmes has been on hold for two years, with independent producers at the risk of closing down due to lack of payment.

Justifying Sentechs R1.04 million spent on 96 tickets (yes, that is a staggering R10,833 per ticket), head of corporate communications, Polly Modiko said: “This is a once in a lifetime event.” She also lashed out at the DA’s criticism of the purchase, accusing the party of wanting to micromanage Sentech.

The Dept of Trade and Industry spent nearly R5m for “about” 320 tickets. If that is correct, these were the costliest tickets of the lot: R14,781 a piece. This is more than the bottom quintile of households spend in ONE YEAR, according to StatsSA’s CPI expenditure quintiles. Let me re-iterate that:
the DTI spent more on an individual world cup ticket than 20% of South African households spend in a year.

The TPM, a non-political watchdog, is opposed to any abuse of taxpayers’ funds. If Sentech and other government entities are intent on wasting precious resources, they should expect to be micromanaged. Based on Sentech’s lack of budgetary restraint, we would oppose any further tax funding of the signal regulator.
Summary of World Cup tickets purchased by state departments and the IDC

Short URL to this article: http://tinyurl.com/9a6huwd 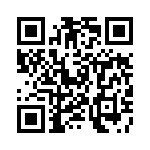