Treasury in the dark about SABC tax plan

THE Treasury was not consulted on a controversial bill suggesting a 1% hike in income tax to support the beleaguered SABC, a senior government official said yesterday. This meant the proposal had no chance of success at present.

The Treasury refused to comment on the inclusion of the tax in the draft Public Service Broadcasting Bill, which was released for comment late last Thursday, and referred all questions to the Department of Communications .

Treasury spokeswoman Thoraya Pandy said: “The minister does not pronounce on tax policy except during the budget. This emanates from the Department of Communications. You must ask them.”

An official said yesterday that the correct procedure had not been followed.

“They (communications) didn’t follow due process. The Treasury was not consulted …. The Treasury allocates money and sets tax policy. Making the announcement like that was opportunist. It has no chance of flying in its present form,” the official said.

Late last night, the department said that the idea of raising funds for the public broadcaster through a tax levy was one of a variety of options in the document.

“It is also important to note that tax policy resides in the National Treasury and any decision that relates to tax matters would have to be taken in consultation with the Treasury.”

Kate Skinner, spokeswoman for the Save Our SABC Coalition, said yesterday that the bill’s release “could not have come at a worse time”.

“The SABC is collecting licence fees, and the last time there was confusion over the payment of licence fees (in 1994-95) there was an immediate fall of 5% to 6% in licence fee payments,” she said. With Mariam Isa

Short URL to this article: http://tinyurl.com/8qgd4f3 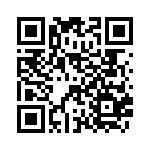