Treasury in U-turn on tax breaks for industry

The Treasury has made a complete about-turn in its opposition to tax incentives to promote industrial development.
After a tough battle with the Department of Trade and Industry over this form of funding, the Treasury is now fully supportive of a plan to provide incentives to attract investment to proposed special economic zones.

The Treasury has agreed that a special economic zones fund will be established to finance infrastructure and offer dedicated, sector-specific incentives to enterprises there. All nine provinces are expected to have such zones.

Department of Trade and Industry director-general Lionel October said yesterday the size of the multibillion-rand fund still had to be negotiated.

“We still might have to fight a battle (with the Treasury) for significant resources,” he told Parliament’s trade and industry portfolio committee during a briefing on the draft Special Economic Zones Bill. Upfront funding would be essential for the long-term planning of such zones.

Nevertheless, Mr October said, things were now much more in the department’s favour. After a “long debate” there was “absolute consensus” between the Treasury and trade and industry on the need for the zones as a tool for long-term industrial development.
This consensus would provide a strong foundation for the zones which, unlike industrial development zones, will neither be tied to exports nor located near a port or international airport.

“In a sense the industrial policy debate has been won now,” Mr October said. The government was committed to acting “boldly” now to promote economic growth and industrial development.

This approach was also evident in Finance Minister Pravin Gordhan’s indication in the medium-term budget policy statement in October that about R10bn would be spent on investment promotion over the next three years. He recently extended section 12i of the Income Tax Act to include industrial development zones.

Former finance minister Trevor Manuel strongly opposed tax incentives to companies. He argued they did not attract the right kind of investment, and were a drain on the fiscus, resulting in a “race to the bottom” against other tax jurisdictions. He also believed they supported inefficiency.

In contrast, the committee was told that Mr Gordhan was “extremely pragmatic” and ready to entertain all new ideas “as long as they work”.
Mr October said the shift in the government’s view towards incentives was in line with a worldwide trend after the global recession.
The downturn had revealed that the western approach of not giving special incentives to the private sector had failed and that the Asian model of targeted financial support had been successful.

During the crisis many countries lost significant chunks of their manufacturing capacity because they did not give companies any support.

Mr October said he believed the Treasury’s confidence in the use of incentives had also been strengthened by the success of schemes in SA’s clothing and automotive industries.

Opposition MPs argued for aggressive tax incentive packages and the relaxation of labour laws in the economic zones to make them internationally competitive, but Mr October stressed that it was not sustainable for them to rely on cheap labour.
The emphasis would rather be on sound infrastructure and natural comparative advantages.

“The labour movement need have no fear of these zones.”

Short URL to this article: http://tinyurl.com/cc89pqp 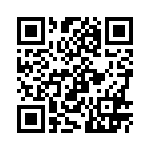