The Draft Taxation Laws Amendment Bill 2011 released by National Treasury on Thursday last week (2nd June) contains provisions that will prevent taxpayers within groups of companies from making use of the rollover relief provided for in section 45 of the Income Tax Act.

“This comes as a surprise to tax practitioners and taxpayers alike as there was no mention in the Budget Speech that the provisions of Section 45 would be substantially amended, let alone its use being barred,” says a tax partner at a global audit, tax and advisory firm. “Even more surprising is that the effective date from which section 45 can no longer be used for any asset disposal is on or after 3 June this year and before 1 January 2013.”

As the provisions are contained in a draft bill that must still pass public comment and promulgation, and may or may not be included in the final Amendment Act, uncertainty has been created in the tax community, he says.

“What creates even more uncertainty is that many taxpayers and groups will already have planned restructures and transactions involving the use of section 45 and these will now have to be reconsidered in light of the proposed amendment and its effective date.”

One of the reasons provided by National Treasury for the hiatus on the use of section 45 is the fact that taxpayers have apparently abused the provisions in order to reduce overall group taxable incomes. “Treasury indicated that the position is a suspension of section 45 as part of a larger investigation into the taxation of inter-connected areas and that more legislation can be expected in 2012.”

“Hopefully taxpayers will in future be forewarned of planned changes and when they’re proposed, they’ll be prospective and not retrospective as is the case with this planned suspension of section 45, ” he concludes.

Short URL to this article: http://tinyurl.com/8m79fss 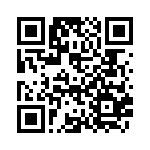