Trusts to get huge tax break on properties

You can also transfer your property out of a trust and get a 22% tax saving.

When the South African Revenue Service (Sars) announced in June that individuals who own their primary residence in either a company, or a closed corporation (CC) can transfer their property tax free into their own name, MoneywebTax was inundated with e-mails from those owning their properties in trusts asking if it will apply to them. We can report that it will.

Individuals, who own their primary residence in a company, CC or trust, can transfer their property into their own name without having to pay capital gains tax (CGT), transfer duty and secondary tax on companies (STC) from February 11 2009 until December 31 2012. This is a huge tax saving of just under 22%. To get the full lowdown how the window period will work see: Huge tax break on properties

Deborah Tickle, a member of Saicas National Tax Committee says in “”response to comments made by it on the proposed legislation, Sars has indicated that it will issue the final legislation on the basis that if the residence is in a trust it will also qualify”” (see TLAB Response Doc-25 August 09)

Saica submitted the following comment to Sars: “”While the proposal is welcome, it is suggested that the proposed relief for liquidating inactive companies is too narrow and should be extended to trusts and trust shareholders. Relief should also be extended to liquidations involving the disposal of assets in order to settle debt and to homes used for partial business use.””

Treasury responded thus: “”It is evident that the annual fee was not the underlying driver for companies seeking liquidation relief. It is clear that a number of companies and trusts failed to utilise the previous two-year window period granted during 2001-2003 for avoiding income tax and transfer duty upon liquidation. The proposal will accordingly be substituted with the restoration of the rules associated with the previous two-year window (except the new rule provides rollover relief as opposed to a market value step-up existing under the prior system of relief).

“”The revised proposal will not extend the relief beyond that previously set because taxpayers should not be left in a better position than those who properly utilised the relief during the initial 2001-2003 period.””

The exemption will, however, not apply to those owning these companies from February 11 2009.

Short URL to this article: http://tinyurl.com/8mhdtcg 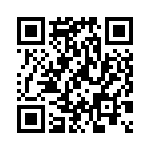