Unlock the secrets of the new Companies Act

The new Companies Act is the single most important piece of legislation affecting business to be passed in decades, says attorney Carl Stein – and yet few business owners and directors are fully aware of its implications.

“There hasn’t been a major overhaul of the Companies Act for nearly 40 years,” says Stein, a corporate law partner at Bowman Gilfillan. “During that time the way companies do business has been revolutionised. The new Act reflects a profound philosophical shift in the way we understand the relationship between companies and the broader society.”

A company’s duty is no longer solely to its shareholders, says Stein, the lead author (with assistance on accounting matters from UCT’s Prof Geoff Everingham) of the new book The New Companies Act Unlocked. Stein and Everingham are presenting day-long seminars on the new Act in Johannesburg, Durban and Cape Town in October.

“In the wake of scandals like Enron, there has been growing global awareness that since companies have such profound impacts on economies, they owe a duty to society as a whole,” adds Stein. “The new Companies Act grants new rights and remedies to a range of stakeholders, including employees, creditors, suppliers and minority shareholders – who used to have fewer rights than a minor child”.

The new Act has been written to encourage stakeholder activism, says Stein. “For example, the concept of the class action has for the first time been introduced to the Companies Act; and there are some other new remedies and powers granted to trade unions that are quite startling. This will probably lead to a big uptick in litigation.”

The Act is “a genuinely revolutionary piece of legislation”, notes Stein. “But it is also very complex, and can be difficult to understand if you don’t make a careful study of it. The book and seminar series are designed to make the Act intelligible to company owners and directors who are not professional corporate lawyers, but who need to be familiar with the law and how it affects them.”

Seminars are due to be held in Cape Town on Monday October 17, in Durban on Tuesday October 18 and in Johannesburg on October 25 and 26.

More details are available at www.companiesactunlocked.co.za

Short URL to this article: http://tinyurl.com/8ka5psl 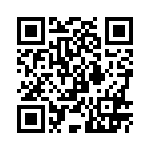