Administrative penalties for non-compliance came into effect from 1 January 2009 in terms of Section 75B of the Income Tax Act, whereby taxpayers are charged a fixed or percentage based penalty for not complying with their tax obligations.

This has had dire consequences for taxpayer’s who have not submitted their 2010 tax returns as numerous penalty assessments have been issued by SARS in recent months.

Failure to comply with tax obligations

A taxpayer will be imposed with a fixed penalty for failure to perform the following acts or to perform the acts as and when required in terms of the Income Tax:

– to register as a taxpayer;
– to inform the Commissioner of a change of address or other details;
– by a company to appoint a public officer, appoint a place for service or delivery of notices and documents, keep the office or public officer filled, maintain a place for the service or delivery of notices, or to notify the Commissioner of any change of public officer or of the place for the service or delivery of notices;
– to submit, furnish or produce a return, or other related documents or information;
– to reply to or answer a question put to a person;
– to attend or give evidence;
– by an employer:
– to notify SARS of a change of address or the fact of having ceased to be an employer;
– to submit a monthly declaration of employees’ tax;
– to provide details of an employee;
– to deliver an employee’s tax certificate to one or more employee or former employee;
– to deliver an employees’ tax certificate in contravention of Income Tax Act;
– by a provisional taxpayer to submit an estimate of taxable income;
– any other non-compliance with an obligation imposed by the Income Tax Act, other than for:
– failure to report a reportable arrangement in terms of section 80O and 80R of the Income Tax Act (which failure is separately penalised in terms of section 80S);
– failure to deduct employees’ tax (for which an employer becomes personally liable in terms of paragraph 5(5) of the Fourth Schedule to the Income Tax Act); and
– failure by an employer to provide a certificate of taxable fringe benefits to an employee in terms of the Seventh Schedule to the Income Tax Act (a separate 10% penalty is imposed in terms of paragraph 17(4) of the Seventh Schedule for this).

Calculation of the penalty

Penalties are based on a sliding scale as illustrated in the table below.

These penalties will automatically increase by the same amount for each 30 day period (or part thereof). This penalty will recur up to 35 months or, in the case where taxpayer’s address is unknown, up to 47 months.

In addition to the fixed penalty the Commissioner may also impose a 10% penalty in the following cases: –

– Non-compliant taxpayers received an ITP34 Penalty Assessment Notice (similar to a final letter of demand) from SARS informing them of:
– The non-compliance in respect of the penalty was imposed and its duration;
– The penalty amount that must be paid;
– The due date for paying the penalty;
– The payment procedure and the procedure for requesting a remission of the penalty
Upon receipt of this assessment a taxpayer must do the following:
– Firstly, remedy the non-compliance. This means that you must submit the outstanding tax return and/or update your address with SARS;
– Secondly, pay the penalty by the due date. This must be paid even though you have remedied your non-compliance.

Should a taxpayer not agree with the issuing of the penalty assessment notice (ITP34) and wishes to request a remission of the penalty, the taxpayer is required to submit a Request for Remission of Penalty (RFR01) which is available on e-filing, at any SARS branch or on request from the SARS Contact Centre.

An application will only be considered if the non-compliance has been remedied on or before the due date mentioned in the notice of the penalty (i.e. if the outstanding return(s) and/or address details have already been submitted/updated).

Where the non-compliance is as a result of the following, the penalty will be remitted: –
– a natural or human-made disaster;
– a civil disturbance or disruption in services;
– a serious illness or accident;
– serious emotional or mental distress;
– any of the following acts by the South African Revenue Service:
– a capturing error;
– a processing delay;
– provision of incorrect information in an official publication issued by SARS;
– delay in providing information to any person; or
– failure by SARS to provide sufficient time for an adequate response to a request for information by SARS; or
– serious financial hardship, such as:
– in the case of an individual, lack of basic living requirements;
– in the case of a business, an immediate danger that the continuity or business operations and the continued employment of its employees are jeopardised; or
– any other circumstances of analogous seriousness.

Nominal or first incidence of non-compliance

In the case of a failure to register or to notify SARS of a change of address as and when required the penalty may only be remitted if: –
– the failure to –
– register was discovered because the person approached SARS voluntarily; or
– notify SARS of a change of address was remedied by the person before SARS became aware of the changed address; and
the person has filed all tax returns required by the Commissioner under the Act.

Short URL to this article: http://tinyurl.com/8sho79o 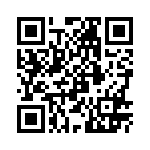