How Sars and the Reserve Bank’s relief programme will operate.

In light of the international erosion of bank secrecy, and in an effort to increase tax collections and attract taxpayers that have deliberately evaded or erroneously miscalculated tax, Finance Minister, Pravin Gordhan announced the South African Revenue Service’s (Sars) intention to launch a voluntary disclosure programme in his Budget speech earlier this year.

The recently announced voluntary disclosure mechanism would provide qualifying taxpayers with amnesty against additional taxes, penalties and interest arising from previous defaults. Further details may still be announced. Briefly, a defaulting taxpayer will be granted relief under the programme, provided:

The programme will allow Sars to increase tax collections without expending unnecessary resources, whilst providing taxpayers with amnesty against criminal sanctions, interest, penalties and additional taxes subject to full disclosure.

Sars has defined a default to be the submission of incorrect information; a failure to submit information; or the adoption of an incorrect tax position. These actions must result in either an incorrect assessment being levied against the taxpayer, the incorrect amount of tax being paid, or an unjustified refund being made by Sars.

A taxpayer may apply for relief provided that they are not aware of any pending or current investigations into their tax affairs. However, even in the case of a current audit or investigation into their affairs, a taxpayer may still be eligible to apply.
Sars is entitled to permit an application under the programme if it is convinced that the default would not have been detected during Sars’s own investigations, or if it is in the interests of good management of the tax system. Sars has provided for a wide net of qualifying applicants as the programme will not only incentivise taxpayers to come forward but may also prevent the unnecessary allocation of personnel and resources to complicated audits, where the taxpayer is willing to voluntarily disclose and abandon any potential litigation against the assurance that penalties and interest will be waived.

An important feature of the programme is that there must be complete disclosure of a default, which would give rise to penalties or additional tax. If it is later revealed that the taxpayer did not disclose a matter that was material to making a valid voluntary disclosure, the Commissioner has the discretion to withdraw any relief granted and pursue the full amount of outstanding tax, penalties and interest. However, such a withdrawal would be subject to objection and appeal or internal review. The voluntary disclosure programme will be instituted from November 1 2010 through to October 31 2011. The disclosed default must have occurred at least 12 months prior to the commencement of the programme.

A valid disclosure will result in the following relief: amnesty from any criminal prosecution; waiver of all penalties and additional taxes, excluding any administrative penalties; 100% relief from interest in the case of the taxpayer not being aware of any pending audit or investigation; 50% relief from interest in the case of a taxpayer who the Commissioner permitted to apply for the relief despite any pending or current audit into their affairs. This relief will be evidenced by the conclusion of a written agreement between the Commissioner and the taxpayer. Thereafter Sars may issue an assessment, which is not subject to objection or appeal, giving effect to this agreement.

An interesting feature of the programme is that a taxpayer may apply on a “no-names” basis to Sars for a non-binding private opinion on whether or not they would be successful in application for relief under the programme. This generosity can be understood in an environment where Treasury is under increasing pressure to close the growing gap between spending and collections.

The Exchange Control department of the Reserve Bank has also announced its intention to launch a Voluntary Disclosure Programme that will coincide with the one announced by Sars. The programme includes:

– Disclosures that will not attract any levy, which include contraventions of specific regulations by a natural person (such as a failure to disclose foreign inheritance, income, loans and assets) and corporate entities (such as unapproved foreign investments or unauthorised foreign loans) in certain instances.
– Disclosures that will attract a 10% levy, which applies to persons (corporate and natural) that have entered into loop structures or are donors to a foreign discretionary trusts in breach of the regulations
– General administrative relief. Where no offshore funds are available to pay the levy, a local payment will be permitted subject to an additional 2%. In most instances, applications will need to made through an Authorised Dealer and must be submitted before October 31 2011. Regardless of the motive behind either programme, qualifying taxpayers or residents should take the opportunity to disclose any default now and avoid the very real risk of facing the full brunt of Sars or the Bank’s punitive powers.

Short URL to this article: http://tinyurl.com/dyo4num 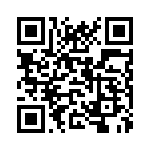