We will not abandon B-BBEE – President Cyril Ramaphosa

This article was sourced from Fin24

President Cyril Ramaphosa told Members of Parliament on Thursday that government would not scrap the broad-based black economic empowerment, although he acknowledged that the policy had been slow in achieving the economic transformation it was intended to.

Ramaphosa was replying to the National Assembly’s debate on his budget vote, which he tabled on Wednesday afternoon. B-BBEE has long been criticised as ineffective in reshaping the economic structure of South Africa.

Ramaphosa told members that while the pace of investment and economic transformation has been slow, it has not been insignificant, and the African National Congress-led government will not be abandoning B-BBEE.

“We are not going to scrap B-BBEE, because it has brought real benefits to blacks, women and persons living with disabilities. It has contributed to the significant growth of a black middle class, boosted employment equity and it has enabled black people and women to become owners and managers of businesses,” said Ramaphosa.

Ramaphosa said the Presidency looked forward to working to mobilising all of society, business, labour, civil society, NGOs and political parties to grow the economy and to reduce poverty.

“Far from abolishing it (B-BBEE), now is actually the time to strengthen it, to make it more effective and make it more aligned with our goals of increasing investment and employment,” said Ramaphosa.

Short URL to this article: http://tinyurl.com/yyjeso6t 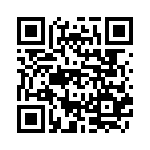