When can a “simulated” lending arrangement be interpreted as tax evasion?

It happens that from time to time a taxpayer has to decide how to treat a transaction for tax purposes. These decisions are influenced by the circumstances of a transaction and the information at hand, which often includes advice from a top tax advisor.
As the law develops, these decisions may prove to have been wrong, at which stage taxpayers will do what they can to manage the risk. As things stand at present, they should seriously consider the Voluntary Disclosure Programme (VDP), urges a head of tax dispute resolution at major law firm.

He draws attention to a recently-concluded tax case involving NWK, the agricultural marketing group. In the wake of this case, SARS issued a note pointing out it was aware that “a number of other taxpayers have entered into simulated transactions, including compulsorily convertible loans similar to the one at issue in the NWK case, with the effect of artificially reducing their tax liabilities”.

He says NWK’s ruling and SARS’ note have sparked concern among borrowers and lenders that their perceived “fail-safe” structures could be at risk.

He warns that the facts of the NWK case are very specific and its direct application would be limited. Very few “compulsorily convertible loans” would be similar.

There is nonetheless good reason for concern. “Lenders and borrowers should ascertain whether their arrangements are substantially similar to NWK’s and, if so, the parties should certainly take note and turn to the VDP.”

Many taxpayers, their lawyers and tax advisors are familiar with terms such as “substance over form” and, its stable-mate, “simulated (or sham) transactions”. The distinction between the two is that the former applies to a bona fide transaction constructed in accordance with the substance rather than the form used to describe it. Simulated or sham transactions involve dishonesty.

The importance of the NWK case for other taxpayers may lie in the line drawn by a Judge as to when a transaction is simulated and when it is not.

She said: “If the purpose of the transaction is only to achieve an object that allows the evasion of tax, or of a peremptory law, then it will be regarded as simulated. And the mere fact that parties do perform in terms of the contract does not show that it is not simulated: the charade of performance is generally meant to give credence to their simulation.”

His maintains that while this statement is superficially sound, it should not escape criticism.

“For instance, the judge’s contention that ‘an object that allows the evasion of tax … will be regarded as simulated’ makes it unclear whether all simulated transactions will be regarded as tax evasion. Could it only apply to the non-payment of tax due to an unlawful or illegal act?

“The judge also held that NWK’s transaction was a simulation, which does not necessarily mean that NWK was involved in tax evasion. Rather, it seems that the Judge used tax evasion as a high-water mark, which is in-line with the rest of her judgment.”

He says that the judgment is not all doom and gloom for taxpayers, because Judge Lewis did remark: “It is trite that a taxpayer may organise his financial affairs in such a way as to pay the least tax permissible. There is nothing wrong with arrangements that are tax effective.”

The judgement, He unsurprisingly concludes, obviously highlights a grey area in the extensive body of tax legislation.
“Thus, when does a taxpayer fall foul of the legislation and when not? When does the intention to achieve a tax benefit outweigh the commercial motivation? The answer, as is almost invariably the case, lies in considering the special circumstances of each case.”

He indicates that the NWK case contains a number of tax nuances that could distinguish it from other structured finance arrangements. He recommends that taxpayers peruse such nuances, preferable with the aid of their tax advisers.

Short URL to this article: http://tinyurl.com/8ktxjbu 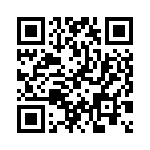