The Compensation Fund has issued a Notice:

Please be informed that employers qualify for discounts only, and only after they have settled their accounts in full.  So, employers cannot pay a discounted amount as this will leave their accounts with an outstanding balance.  The date of payment determines the discount percentage that will be applied to the employers’ accounts.

The conditions to qualify for the discounts are as follows:

1.  All returns of earnings (ROEs) must be submitted online by 30 April 2013 via the ROE Website.

3.  Employers who submit their returns after 30 April 2013 will not qualify for discounts.

4.  All outstanding payments, including the latest (2012 ROE) must be settled in full within 30 days of invoice date in order to qualify for a 10% discount on the 2012 ROE only.

5.  All outstanding payments, including the latest (2012 ROE) settled in fullwithin 60 days of invoice date will qualify employers for a 5% discount on the 2012 ROE only.

6.  All outstanding payments, including the latest (2012 ROE) settled in fullwithin 90 days of invoice date will qualify employers for a 2% discount on the 2012 ROE only.

7.  For example, an employer that files annual returns on or before 30 April 2013 has 90 days in which to settle account in full and qualify for the discounts as stated above. The employer that settles account in full after 31 July 2013 (outside 90 days), will be charged interest and penalty for late payment from 1 August 2013.

8.  Employers that have not previously registered with the Compensation Fund are given amnesty to do so and submit annual returns as per the COID Act. These employers must also submit online by 30 April 2013 and pay assessments before 30 June 2013 in order to qualify for incentives on the 2012 ROE only.  The incentive is applicable to the 2012 ROE only, for the assessment period 1 March 2012 to 28 February 2013.

The normal practice is that new employer registrations (employers that have been trading and paying salaries and wages but had not registered with the Compensation Fund) are required to provide return of earnings for the last four (4) years, however, if there was a claim before the four years then they are required to submit all the returns from the date of the claim.  In the spirit of fairness these employers cannot enjoy the same benefits provided to the registered employers that have been complying with the provisions of the COID Act.

Interest and penalties will not be levied until 30 June 2013.

Interest and penalties will be levied from 1 July 2013.

Employers placed on instalment plan will qualify for the discounts only when their accounts have been settled in full by 31 July 2013.

Employers are encouraged to refrain from requesting to be issued with interim letters of good standing when they have not paid their accounts and must refuse to be issued with one on a periodic basis (i.e. 3 months, 2 months; etc) unless they have been placed on an official instalment plan.  Only under special circumstances caused by the fault on the part of Compensation Fund will these letters be issued by the officials appointed by the Director of Income.

Short URL to this article: http://tinyurl.com/n6snrl6 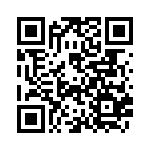 All material subject to our Legal Disclaimers.